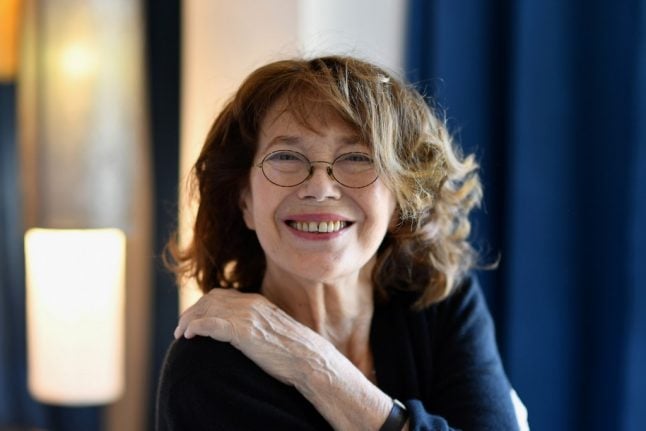 We have made this article available to all readers. Please consider joining The Local. We need readers to sign up as members to keep our website going.

Reports of domestic violence have soared – by as much as 30 percent in some areas of France – since the lockdown began on March 17th.

And while the French government has launched various campaigns to try and help, for people who don't speak fluent French, the language barrier is another obstacle in seeking help.

So now the charity Women for Women France, which aims to help non-French women living in France of their legal rights, has launched its own awareness raising campaign in a variety of languages.

The English-language campaign of fronted by English-born actress Jane Birkin, a longtime resident of France.

”This ranges from being far from habitual support networks such as family and friends etc, language difficulties, an increased risk of economic and administrative dependence including visa dependency” she explained.

“There is also a fear of being separated from their children, and a higher risk of having a very limited understanding of the French system and support services in regards to victim and family rights.”

The campaign highlights the services that are available in France, and shows people how to request help from an English speaker.

The French government has launched a 'code word' during the lockdown, so that anyone suffering abuse who asks for 'masque 19' at a pharmacy will be connected with law enforcement.

There is also a package of help for victims including hotel stays.

And on Monday another helpline was launched – for perpetrators.

The number will be open seven days a week from 09:00 am to 07:00 pm, France's Equality Minister Marlene Schiappa said on Twitter.

“Lockdown affects the family and personal lives of everyone. This situation can sometimes create anxiety – there are fewer outlets and, in certain families, homeschooling can exacerbate tensions,” Schiappa said.

“There is no shame in calling,” she added.

The hotline will be staffed by psychologists and other experts dealing with domestic violence.

The goal “is to allow people on the verge of committing violence, or already doing so, to find a sympathetic ear and to begin to work” on getting help, said Alain Legrand of the Fnacav association, which seeks to help abusers end their violence. You can report domestic violence online if phoning is difficult

Those who seek help may be given temporary lodgings for the safety of their families.

“Call before you strike,” Legrand said.

The number to call for victims is 3919 or – in an emergency – police on 17. You can also report it online here.