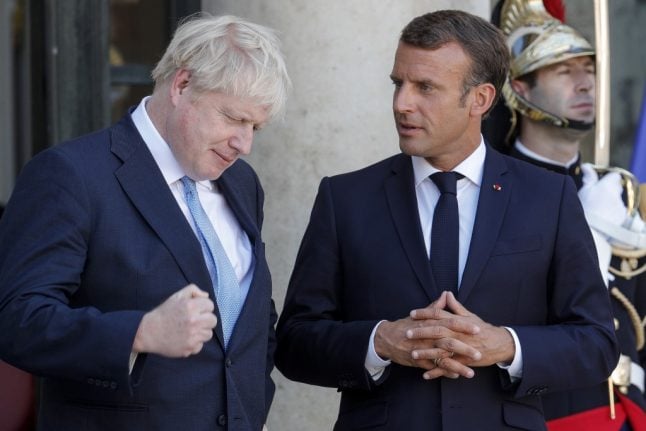 “My full support to Boris Johnson, his family and the British people at this difficult time. I hope he will rapidly overcome this ordeal,” Macron tweeted.

Prime Minister Johnson was on Monday admitted to intensive care after being hospitalised with coronavirus, with foreign minister Dominic Raab to take over his duties “where necessary”, his Downing Street office said.

“Over the course of this afternoon, the condition of the prime minister has worsened and, on the advice of his medical team, he has been moved to the Intensive Care Unit at the hospital,” said the Downing Street press release.

“The PM has asked Foreign Secretary Dominic Raab… to deputise for him where necessary,” it added.

The prime minister was moved in case he needed to use a ventilator, the government added.

Johnson was admitted to St Thomas' Hospital in London on Sunday with a temperature and a cough after testing positive for coronavirus on March 27, becoming the most high-profile world leader infected with the disease that has spread rapidly across the globe.