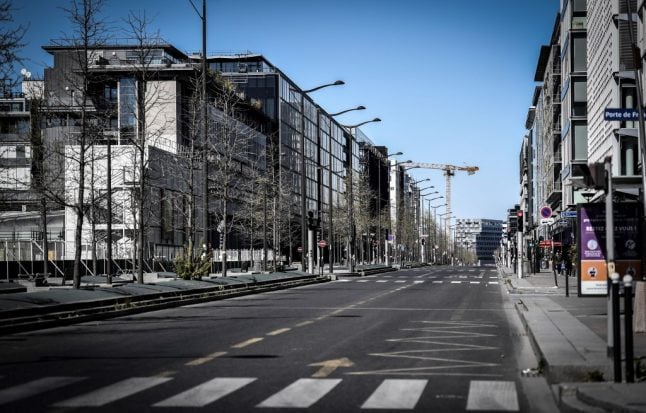 Google has released data on population movements in dozens of countries around the world, based on data from smartphones.

The data comes from information on the Google Maps smartphone app, so only applies to people who use a smartphone and have not disabled the location settings, so it not definitive but still provides a guideline to population movement. It is not the only form of data taken from mobile phones – French media previously reported that mobile phone mast data showed that 17 percent of Parisiens are spending the lockdown out of the city.

In total movement across France has fallen by 60 percent, the data shows, but some categories show the starkest changes such as parks and recreation. Unsurprisingly, since a lot of parks are closed altogether, visits to parks were down 82 percent, while visits to retail and recreation sites – almost all of which are closed – were down 88 percent.

Grocery shops and pharmacies are still open, and visiting them is an acceptable reason to leave the home during lockdown, but visits were still down 72 percent – although the data shows a big spike just before March 17th when France's strict lockdown rules were brought in.

Public transport is still running, albeit at a much reduced capacity, but visits to transit stations were down 87 percent.

One type of public transport traffic that has virtually disappeared is the morning commute as everyone who can is urged to work from home. In French cities including Paris transport such as the Metro and trams have been dramatically scaled back, while many buses have been diverted to providing transport for healthcare workers.

Trips to the workplace were down 56 percent. Many people in France are working from home, but around 4 million people have signed onto the chômage partiel scheme, where employees are paid 84 percent of their salary by the government while they cannot work.

The message to everyone in France is restez chez vous (stay home) so perhaps unsurprisingly, mobility around places of residence was up 18 percent.

France's lockdown rules are among the strictest in Europe and police have handed out more than 350,000 fines for breach of the rules in the first three weeks, but the Google data seems to suggest that most people are sticking to the rules and staying home.