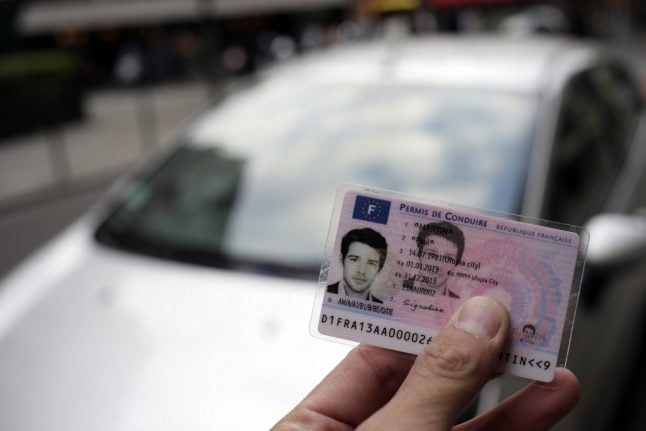 The issue of British driving licences and Brexit has been a complicated, changeable and frustrating one for many residents.

But as the rules for who needs to exchange their licence were laid out, a new online process was set up so that people who do need to make the change could do so in a relatively painless way.

The site has now gone live and, despite the nationwide lockdown France is under due to the coronavirus epidemic, applications are being processed.

Here is what you need to know. Who needs to exchange their licence?

This is the issue that has caused the most confusion after contradictory messages from the British and French governments over the last three years.

You need to swap your British licence for a French one if you are a full time resident in France AND fulfil one of the following criteria;

Everyone else can continue to drive on a British licence.

How do you do it?

If you fall into one of those groups, then head to the website here. You will first need to register to create an online account, then you can select Demander un permis de conduire (request a driving licence).

Fill out the online form and then upload the supporting documents, which include ID, proof of address and your current driving licence, all of which can be scanned into a Pdf and uploaded directly to the site.

You also need to supply a photo, which you can have taken digitally at a government approved photo booth.

There are fuller instruction on the exact process of filling out the form at the Facebook group Applying for a French Driving Licence.

Group founder Kim Cranstoun said: “CERT are continuing to process the old applications which is great as the long standing ones are also being processed. Those that we have seen come through recently have mainly been old ones, but we have had a couple already arrived through the new system.

“The actual process is so much easier, no forms to fill in and only documents to upload at the end and if you are able to get to the digital photo booth then no postage either until you get the email asking for you to send in your original licence, which also includes the link to download the attestation.”

What if I already sent my licence in and I'm still waiting?

Initial advice that after Brexit everyone living in France would need to exchange their licence lead thousands of people to send theirs in to be swapped.

This overwhelmed the processing system and lead to revised guidelines that only people in certain groups needed to exchange their licence, but that still left hundreds of people waiting in a backlog that is now several years old.

The advice for these people is just to wait – frustrating as that may be. If you need to ask a specific question the best way to contact CERT is by email here. Old applications are still being processed and authorities advise that for those in the backlog there is now a six month wait from now (ie on top of the time they have already waited).

For anyone whose photocard licence expires while they are waiting, there is the possibility of applying to the DVLA for a certificate of entitlement that will allow them to keep driving. Find out more here or on the Facebook group Applying for a French Driving Licence.

What about the rules after the end of the transition period?

For people who move to France after the end of the transition period (currently December 31st) we don't know what the rules will be. It's one of the many things that need to be agreed during the coming months.

What about non French residents?

Tourists can continue to come to France and drive on their UK licence during the transition period, after that we don't know what the rules will be but it's possible that British drivers may need an International Drivers Permit.

A Conservative who once worked for the European Commission in Brussels, Stanley Johnson opposed Brexit at first but swung behind the EU departure project following 2016’s narrow referendum vote that was championed by his son.

The elder Johnson’s ties to France are through his French mother, and he speaks the language.

The 81-year-old filed his citizenship application at the French consulate in London in November last year, with a six-month deadline for the justice ministry to object elapsing on Wednesday.

“Based on the facts in his application, and without a refusal by the justice minister, Mr Stanley Johnson acquired French nationality on May 18 2022,” the ministry told AFP.

“This decision concerns only Mr Stanley Johnson and does not extend to his descendants,” it added.

The most common ways of acquiring French nationality are through residency in the country or marriage to a French citizen.

However it is possible to become French through family connections, although France accepts only a French parent – not a grandparent like Ireland or a great-grandparent like Italy – in these types of application.

French law normally prevents children of its citizens from claiming nationality if their family has been abroad for more than 50 years without making use of their rights.

But their applications can still be considered if they can prove “concrete ties of a cultural, professional, economic or family nature” with France — a clause Stanley invoked in his application.

“I’ll always be European, that’s for sure,” Stanley Johnson told RTL radio in French in a December 2020 interview.

He had come under fire at home for his plans, announced at the same time most Britons were losing the right to travel freely across the European Union as a post-Brexit “transition period” ended.

“It’s not a question of becoming French. If I understand correctly I am French! My mother was born in France, her mother was completely French as was her grandfather,” Stanley said.

“For me it’s a question of obtaining what I already have and I am very happy about that,” he added.

Around 3,100 British people acquired French nationality in 2020, according to the latest figures available from EU statistics agency Eurostat, making France the second most popular choice for acquiring European citizenship, after Germany.

Stanley Johnson has become a public figure in Britain following his son’s political rise, appearing on a celebrity reality TV show in 2017 and appearing regularly in the media.

His ex-wife Charlotte Fawcett — Boris’s mother — told a biographer recently that Stanley had beaten her many times, breaking her nose on one occasion.

Last year two women, a Conservative MP and a journalist, accused him of groping or touching them inappropriately.