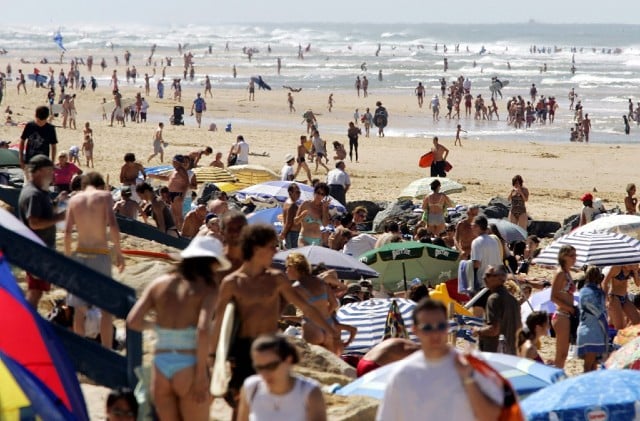 Will the tourists come back after the epidemic? Photo: AFP
The health crisis caused by the spread of Covid-19 raises the spectre of a major economic crisis which some, like the French Minister of the Economy, Bruno Le Maire, are already comparing to that of 1929.
The tourism sector is particularly at risk. After the early closure of French ski resorts and the cancellation of the Easter holidays, it is the summer season that is now threatened.
Will coronairus therefore endanger one of the major sectors of the French economy?
It remains unlikely. On the contrary, a study of the main crises of the 20th century proves the incredible capacity of the tourism sector to find new solutions to satisfy a clientele that, for its part, is not losing its taste for holidays.
Better still, the study of the past shows us to what extent crises often accelerate the changes that were taking shape beforehand, giving us a glimpse of the possible changes that will result from 2020.
READ ALSO France's best villages: The 14 hidden gems that are well worth a visit Tourist businesses in France have been hard hit by first weeks of strikes and then lockdown. Photo: AFP
Paradoxically, the First World War, as deadly as it was, laid the foundations for inter-war tourism, building on the developments that were already emerging during the “Belle Époque”, with the beginnings of sunbathing holidays and the development of water sports on the beach or skiing in the mountains.
The conflict was a period of great mobility.
The arrival of soldiers from all over the world, combined with the sending of numerous postcards and photographs over a period of almost five years, activated the taste for discovery and travel, a desire that would later be satisfied thanks to the gradual generalisation of paid holidays in Europe.
In the same way, by accentuating the inability of luxury hoteliers to distinguish themselves in an increasingly competitive sector, while the practice of camping was developing among the upper classes, the 1929 crisis finally allowed the market to conform to the popularisation of the tourist practice that had begun since the post-war period.
Better still, the crisis introduced the summer season in the western world, in order to compensate for the losses linked to the decrease in the traditional wintering clientele.
During the Second World War, German requisitions paradoxically allowed the modernisation of many French hotels, whose dilapidation was openly deplored by the authorities in 1937.
In 1968, the mass strikes demonstrated the sector's ability to cope with the country's complete shutdown, forcing the opening of the season to be postponed or certain unavailable services to be replaced by others, with the help of the population at large.
Finally, the 2008 financial crisis facilitated the success of collaborative and participative tourism (Airbnb, Abritel, BlaBlaCar…) in the context of a global growth sector, while sales in travel agencies and in some other traditional branches of tourism lost up to 10 percent of their turnover in 2009.
Admittedly, the crisis linked to Covid-19 is without comparison with the previous ones because of the lockdown imposed on nearly a third of the world's population.
Nevertheless, to try to see similarities with wartime seems all the more acceptable since the term has now entered the vocabulary through, in particular, President Emmanuel Macron in his televised address of March 16th.
READ ALSO 'We are at war': Macron orders French to stay home
As in the two world wars, when establishments (hotels, resorts etc) found a significant alternative income by housing soldiers, the wounded or even – in rare cases – civilian internees, some businesses are currently showing pragmatism in an attempt to reduce their losses.
While holiday resorts welcomed returnees in February during their quarantine phase (in Branville in Normandy and Carry-le-Rouet in the Bouches-du-Rhône), it is now hoteliers who are offering to make their establishments available to receive the sick or carers (the Ayre Gran Hotel Colon in Madrid or hotels in Germany converted into hospitals, the Millennium Hotel in London for carers).
Hotels in France and Canada are currently being requisitioned for the housing of the homeless.
After offering housing suitable for lockdown on the coast (a miscommunication, according to them), the Airbnb platform is now making it easier to bring together carers and landlords.
Taxis become ambulance drivers or drivers for carers in Nice, Montreal and elsewhere, subtly reminiscent of the operation of taxis on the Marne during the First World War – even if, according to some historians, it was more symbolic than really useful.
Without denying the altruistic dimension of these experiences, they show us that tourist structures are mobilising as best they can to find solutions to the crisis.
Nevertheless, these initiatives remain marginal and cannot save the entire sector. Therefore, should the economic crisis that is expected to follow be seen as a worrying threat to tourism?
This will naturally depend on the duration of the lockdown and the rapid return of tourists.
On the latter point, no concerns seem to emerge. The first days of the lockdown have shown to what extent the seaside retains, in people's minds, sought after.
The seaside resorts then seemed to live out this war declared with solemnity by the President.
Crowded beaches, overcrowded second homes… such was the spectacle reported by the media and social networks which, in passing, qualified these behaviours as immoral.
The attitude of these “lockdown tourists” forced local authorities to prohibit access to beaches, not without protest. Police check papers on Nice's famous Promenade des Anglais. Photo: AFP
Once again, these scenes have a “déjà vu” flavour, as when local authorities were forced to issue tickets to limit beach access in 1941.
At the time, this desire for the seaside, while others were painfully suffering from shortages or the absence of a loved one, awakened misunderstandings born of the previous conflict.
Being a “tourist” had become a pejorative term particularly used in the French press to designate civilian internees and prisoners of war who were fed, housed and laundered at the expense of the state.
However, the continuation of these practices was – and will be – a boon to the country's recovery.
As in the aftermath of the two world wars, tourism appeared to governments as an economic sector to be favoured. Indeed, it is one of the few activities capable of immediately earning foreign currency.
Even before the end of hostilities, money was being pumped back into the economy.
The French state and local authorities thus subsidised tourist guides from 1917, secured the battlefields from 1919, cleared the beaches of mines and helped rebuild hotels from the Liberation, in 1944, even though thousands of victims of the bombings were forced to stay in old, sometimes unhealthy temporary housing.
Undoubtedly, the boom in tourism practices in the 1920s and then in the 1950s owes much to these controversial investments.
Impossible to imagine that tourism, at the end of the lockdown that should coincide with the beginning of the summer period, will not be a sector once again favoured by the authorities.
READ ALSO How and when will France's lockdown measures end?
Of course, it is perilous to compare the current health crisis with previous crises, as the experience remains “a lantern that one carries on one's back and which only ever lights the way forward” (maxim attributed to Confucius).
However, the past offers our societies valuable indicators. From a tourism point of view, it appears that it is not so much the crisis that creates a new world as the crisis that forces us to abandon the old system.
Therefore, to question the influence of Covid-19 on the tourism sector is to question emerging or growing practices.
E-commerce and collaborative tourism are already shaking up traditional structures. The bankruptcy of the Thomas Cook travel agency before the crisis is symptomatic of an ongoing reinvention of the sector.
If the 2020 season were not representative, due to the low savings available as a result of reduced working hours and, no doubt, a tenacious fear of the virus in the context of foreign travel, the changes could be profound.
What is there to make room for the growing uberisation of the tourist sector? Or again to the geopolitical transfers of service offers to revive the sector, first of all on French soil ?
Yves-Marie Evanno and Johan Vincent, of the University of Angers and the Catholic University of the West respectively, published together Tourism and the Great War, published in September 2019 by Codex. This article first appeared on The Conversation.

READ ALSO How and when will France's lockdown measures end? 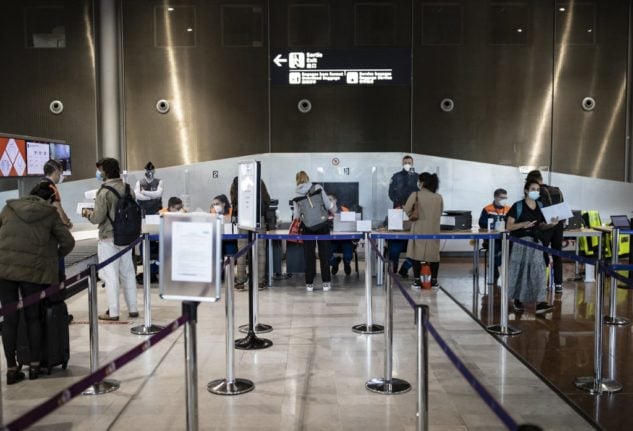