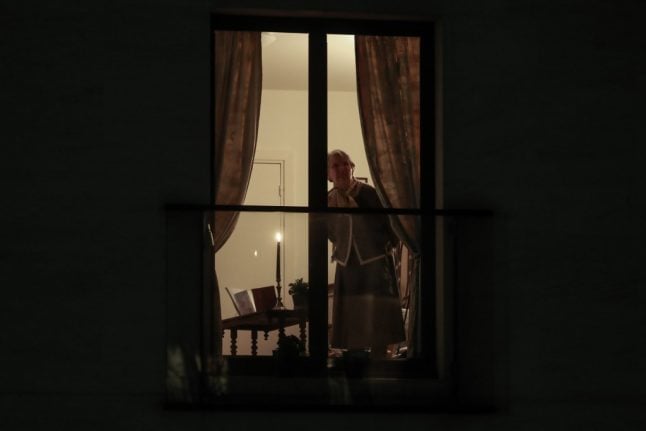 An indirect consequence of France’s lockdown measures has been the spike in domestic violence reports, with police sources pointing to a rise of 32 percent around the country and 36 percent in the Paris area in just one week.

French Equality Minister Marlène Schiappa even admitted on Sunday that the helpline they’ve made available to victims – on 3919 – is actually receiving significantly fewer calls since the lockdown started.

“It just goes to show how difficult it is to talk on the phone when you are locked indoors with your abuser,” she told French radio station Europe 1.

An emergency helpline will be put in place in pharmacies across France to allow victims to contact the police directly from their premises.

“If a woman is suffering abuse at the hands of her partner, she can go to the pharmacy for medicine and raise the alarm from there,” Castaner said.

The interior minister suggested that if the abuser is with the victim that they use “a code, such as ‘mask 19’”.

The measure, which has the full support of France’s National Association of Pharmacists, has already been tested in Spain and will give police greater powers to “intervene in an emergency”.

For her part Marlène Schiappa also announced that her ministry will spend €1 million on temporary stands in shopping malls that will provide support and help to victims of domestic abuse when they leave their homes – since a trip to the pharmacy or to the shops is one of the few times that people are currently allowed out of their homes.

The equality minister stressed that domestic abusers have been placed under police custody and also received criminal convictions since lockdown began on March 17th.

Schiappa also announced the launch of a “campaign to promote the platform arrestonsviolences.gouv.fr, which allows victims to contact police 24 hours a day, 7 days a week, with trained officers always available to file reports, begin investigations and interventions in all domestic violence matters.

Alternative accommodation for victims and abusers in Paris

Hélène Bidard, Paris City Hall deputy responsible for gender equality in the capital, has announced that the administration will co-finance additional rooms in accommodation centres for the victims but also for the perpetrators of violence.

“The priority rule must be the eviction of the abusive spouse or father from the home,” Bidard told Le Parisien.

So far eleven places have been provided to house violent spouses, in particular men who are leaving prison after a conviction for domestic violence.

Women who wish to leave their homes, in particular after filing a complaint, will be allocated a number of free-of-cost apartments or hotels on a temporary basis.

According the France's Equality Minister, French authorities will so far cover 20,000 overnight stays for these victims. Lawyers in the French capital are offering free online and phone consultation services to victims of domestic violence.

The general telephone helpline for victims of domestic violence in France is 3919. For sexual abuse help call 0 800 059 595 (Viols Femmes Informations) and for children in danger dial 119 (Enfance en danger).