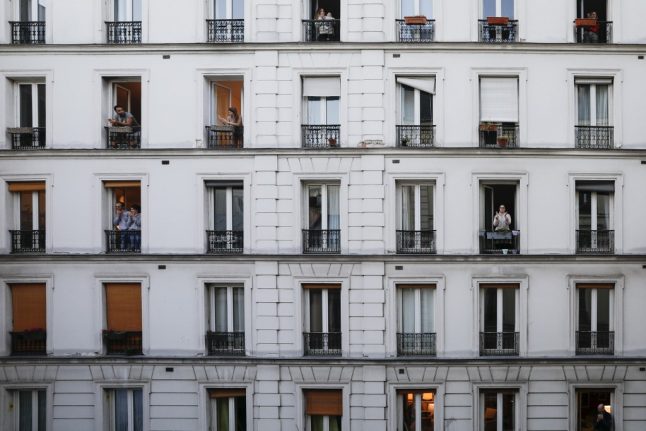 France's national lockdown is due to end on April 15th. But will it be prolonged? Photo: AFP

This is perhaps the most pressing question for many people. France entered a national lockdown on March 17th and will stay so for at least another two weeks with the current end date standing at April 15th.

However, experts have predicted that the period will be extended. The scientific council handpicked to advise the government has recommended six weeks of lockdown.

READ ALSO: ANALYSIS: When will the coronavirus epidemic peak in France?

About 12 million pupils currently being homeschooled will remain in their homes all through April as French schools are due to keep shut until at least May 4th.

Education Minister Jean-Michel Blanquer told Europe 1 that reopening the school gates was a “possibility that depends on the development of the epidemic.”

“It might be later,” the minister said. “The peak of the epidemic would need to be behind us.”

Gas has getting cheaper in France for over a year now, with a total price fall of 12 percent  over the course of 2019. April’s drop is slightly smaller than the one in March of 4.8 percent. Fewer trains than normal are running during lockdown. Photo: AFP

National rail operator SNCF will reimburse all train tickets booked for the whole month of April.

Customers who purchased an annual subscription paid in monthly instalments will not be charged for April, SNCF has said. The same goes for the regional TER trains, which thousands of people in France take every day. All April payments have been suspended by the regional authorities that handle these subscriptions – Ile-de-France's transilien trains included.

SNCF customers who paid their annual subscriptions in one single instalment will also get the month April cancelled out from their fee, reported French daily Le Parisien, but the details of this reimbursement will be published after the lockdown.

Find out the latest on the coronavirus situation in France here A mail box is being disinfected by cleaners as France is on lockdown to stop the spread of the coronavirus. Photo: AFP

La Poste has already reduced its deliveries to three days a week (Wednesdays, Thursdays and Fridays). Now, deliveries could be further reduced as La Poste has said it will concentrate on social services in the period from April 6th-10th.

More than 1.5 million people depend on local post offices to get their monthly benefits. From April 4th, they will be able to withdraw their benefits from automatic distributors in 1,850 mail offices in France.

The full list of offices that will keep open this period will be made available here.

As the number of passengers plunged following the coronavirus crisis, Paris Orly airport on will shut down its services until further notice on April 1st.

Concerts, shows and other major events planned for April have been cancelled or postponed.

As long as the lockdown lasts, all big events are off. The Paris Opera has cancelled all its shows for the entire month of April. Sports events have been cancelled too, and not just for April. Of major sports events, Tour de France is currently one of the only being maintained for July – although it could go ahead without a crowd.

Luckily, there are ways to experience culture while confined in your home, as concerts, ballets and plays are being made available online. If you haven't yet, you could also test the Skype apéro that is becoming very popular in France.

READ ALSO: How to have a virtual night out during lockdown April is the month of Easter, a holiday where the French go big on chocolate.

While there won't be any traditional Easter breaks this year, you can still go get your chocolate from your local supermarket. Just remember to bring your lockdown form (we're pretty sure Easter chocolate can be considered as 'essential shopping' right now).

To prevent companies laying off staff en masse, the French government opened for employers to have their workers declare chômage partiel (temporary unemployment) so that the state will top off their salaries instead of the business during the lockdown (more on the rules here).

Declarations can, since March 30th, be made on the government’s website (link here).

Self-employed and small business owners will also get financial help from the French state (more on that here), and their declaration should be made available on the government’s website on April 1st.

Those who still have to go to work during lockdown (not people who can work from home) could see their financial compensation (prime) double in April, as the government on Wednesday April 1st will increase the maximum limit from €1,000 to €2,000.

This is an exceptional measure that could be extended until August 31st, Economy Minister Bruno Le Maire said on BFMTV on Tuesday morning.

A controversial reform that would change the rules on unemployment benefits for people whose contracts ended after April 1st has been delayed to September 1st.

The government also decided to extend the traditional winter truce (trêve hivernal), which prevents landlords from evicting tenants during coldest months, by two months after the normal end date on March 31st.

Anyone unable to meet rent in this period will therefore not face the fear of being evicted before May 31st.

April is also the month do declare taxes for the year before. From April 8th, you should be able to declare your taxes for 2019 online (here).

The government has vowed to render tax declarations paperless and this year is the first year even first-timers are told to file their declarations online. If you don't have a numéro fiscal, you can get one through the official website of impots.gouv.fr.

People without internet access may however make their declarations on paper and send them in by post, by May 14th.

French media has reported that the government will likely extend the tax declaration deadlines due to the logistical difficulties caused by the coronavirus lockdown. An official announcement should be made this week, the AFP reported.