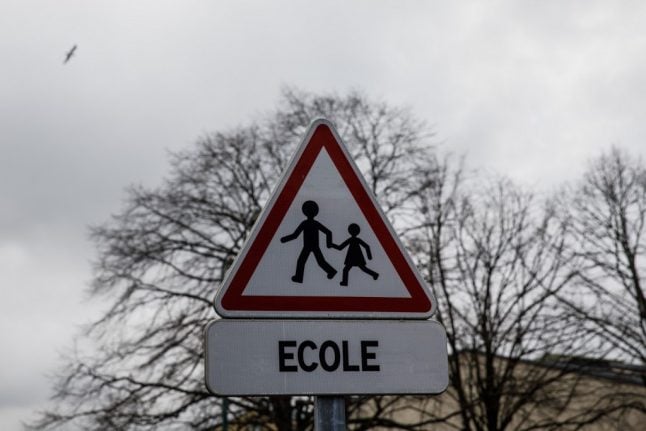 “We estimate that we have kind of 'lost' between five and eight percent of students, based on preliminary assessments, over the past two weeks,” Blanquer told CNews television.

“I've asked school directors to reach out to families at least once or several times a week,” he said.

Based on the roughly 12 million primary and secondary school students registered in class this year, that means up to 960,000 children could be falling behind those able to keep up with their studies.

Officials have set up a variety of distance learning programmes, for example online classes or emailed lessons for parents to print out.

But Blanquer acknowledged “a major risk” that the situation could “increase inequalities,” in particular for families lacking internet or printers at home. He said his ministry had joined with the French postal service so that teachers could automatically send printed lessons from their home computers “to a student who doesn't have IT equipment or who can't otherwise be reached.”

To make up for lost class time, Blanquer said he was planning to put in place special educational day camps and free study programmes during the summer break.

Free online tutoring programmes are also planned for the two-week Easter breaks that begin in France next week, he said.