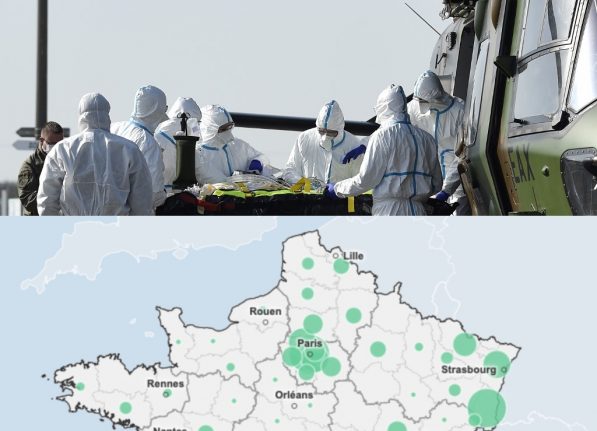 The maps are being kept up to date by France's public health agency Santé Publique France and show the impact of the coronavirus on départements across France.

You can zoom in on the maps and however the cursor or your finger over each département.

In general they show how the east of the country as well as the greater Paris region of Île de France are the hardest hit regions, while the rural centre and western regions have so far been largely spared.

You may need to change the date on the map in the drop down menu marked with an arrow.

Number of coronavirus patients currently in hospital in France.

Number of people in intensive care or on life support in French hospitals.

The number of fatalities from coronavirus in French hospitals since March 1st.