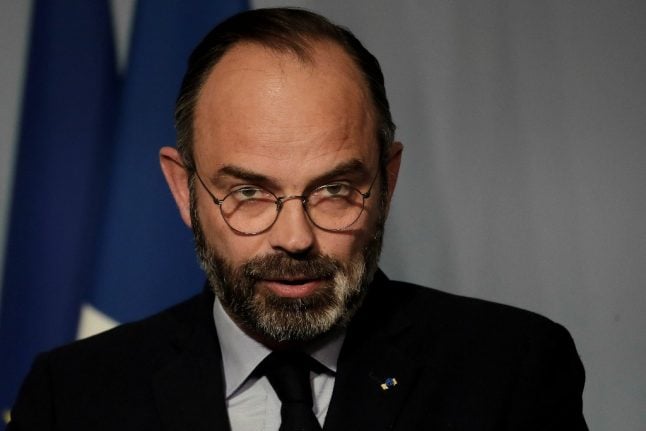 In a press conference on Saturday evening Philippe told the French people the battle against the virus “was only just beginning.”

The death toll in France from coronavirus rose to 2,314 on Saturday after some 319 more fatalities in the previous 24 hours, though the death toll only includes those who have died in hospitals.

The PM said the pandemic was “an unprecedented health crisis not seen in more than a century.”

Philippe warned however that the worst was still to come for France, which has seen over 2,300 deaths from the virus and has been in nationwide lockdown since March 17th.

“The first 15 days of April will be even more difficult, indeed more difficult than the 15 days which have just passed,” said Philippe.

Philippe said the number of positive coronavirus cases was doubling every three to four days.

He called on the public once again to respect the measures on confinement in order to protect themselves and health workers.

“It's our collective responsibility to reduce our contact, that's how will we flatten the curve” of the epidemic, said Philippe.

But the PM vowed: “We will get through this crisis”.

The PM was joined by Health Minister Olivier Veran who laid out the government's strategy for dealing with the accelerating epidemic.

Veran said the government's aim was three-pronged: Increase the number of intensive care beds, get the necessary equipment and human reinforcements for hospitals and to transfer patients around the country to ease pressure on certain hospitals.

The number of intensive care beds in France was initially 5,000, which has since risen to around 10,000 but the government hopes to increase it to 14,500.

Veran said the government was exploring various avenues to get hold of enough masks for French health workers, notably via an increase in production within France to make 8 million a week and by ordering more than one billion from China.

The French health minister also said the country had ordered 5 million coronavirus tests that will be able to show a positive or negative result within 15 minutes.

France currently carries out around 12,000 tests a day.

Separately the health minister has asked elderly care homes known as Ehpad to keep residents in individual isolation. It comes after numerous deaths have occurred in care homes, especially in eastern France.

See impact of confinement 'end of next week'

Dr Arnaud Fontanet an epidemiologist from the Pasteur Institute in Paris and a member of France's scientific advisory board said the country should be able to see the impact of the confinement measures by the end of next week.

“To be able to estimate the impact of these confinement measures on the main indicator, which is the number of people in intensive care each day, we need to wait a little,” said the scientist.

France has been in lockdown since March 17 in a bid to slow the spread of the epidemic and officials have repeatedly warned it will take time for the measures to bear fruit.

The lockdown has been extended by another two weeks to April 15 given the gravity of the crisis.