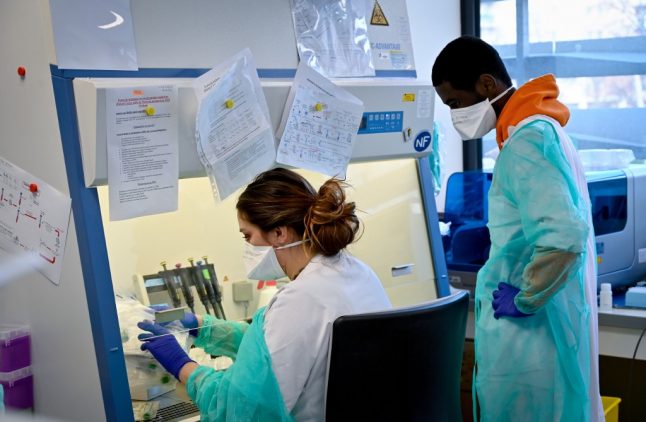 In his evening press conference France's Director General of Health Jérôme Salomon said the country will dramatically step up its testing programme for coronavirus from next week.

The announcement came as the country's worst one-day figures to date were revealed – at least 365 people have died in the last 24 hours alone.

The figures include a 16-year-old girl from the greater Paris Île-de-France region, named as Julie by French media.

Salomon said that the 16-year-old girl had died in the Ile-de-France region and its surroundings but said no further details would be given about the individual.

“Severe forms (of coronavirus) with the young are very rare,” he noted.

The figures only include people who have died in hospital and not retirement homes, so the real toll is likely to be even higher than the official total of 1,696.

'Difficult to estimate when the peak will come'

France has been on lockdown with people effectively confined to their homes since March 17th French health chiefs have previously warned that cases in France have not yet peaked.

“It is very difficult to estimate when the peak will come… people who are ill now were infected before the confinement began,” explained Salomon.

“Now there is less contact, people are going out less and get infected less. So we hope there will be fewer people getting sick next week and fewer people going to hospital.

“This is the aim of putting a brake on the epidemic and limiting the peak and saturation of the hospitals. The next days will certainly be hard but then we all hope there will be an improvement,” he said.

France has been criticised by the World Health Organisation over its testing programme, under which only healthcare workers, people with severe symptoms or people with symptoms who are in vulnerable groups are tested.

The country is now to roll out a much more comprehensive testing programme, which Salomon said would start at the beginning of next week.

France's health minister Olivier Véran said in an interview with TV channel France 2 that two million tests would be carried out in April.

“They are an essential link in our strategy to test the French on a massive scale and to make screening accessible to the most vulnerable in our retirement homes,” he said.

France is currently testing 9,000 people a day, but the target for next week is 20,000 – with carers and people in Ehpad retirement homes among the new priority groups.

France's official number of cases is now 29,155, although because of the limited testing to date the real figure is likely to be much higher.

Salomon added that there was some good news – 4,948 people have recovered from the virus and been discharged from a hospital, a figure that he said was “growing very quickly”.

France is running clinical trials on hospitalised patients of several types of existing medication, including the anti-malaria drug chloroquine.

The drug has been licensed to treat coronavirus patients only in a hospital setting, and the results of the trial are expected in six weeks.