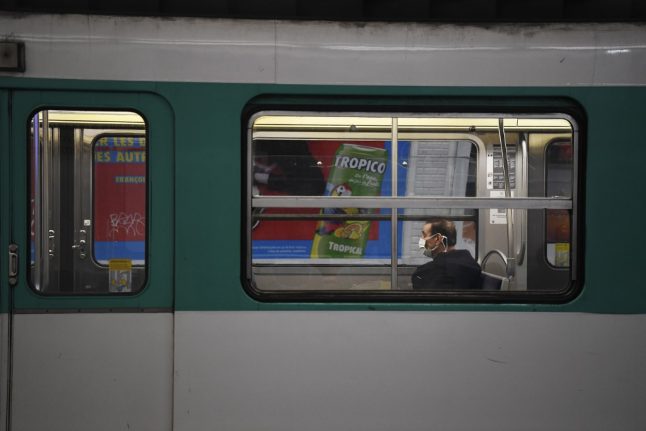 Metro, bus and tram services in the city have been running a reduced service ever since the country's schools closed and, a day later, the lockdown began.

But from Thursday onwards services will be reduced further in an effort to have as few RATP staff in public as possible.

The city's public transport network is largely reserved for essential workers since the majority of the other permitted reasons to leave home – food shopping, walking the dog etc – can be done within walking distance of the home.

But the capitals thousands of medical staff, plus other essential workers such as supermarket staff, utilities workers and garbage collectors, still need to get to and from work.

A spokesman for RATP said: “The objective remains to maintain a transport service for the entire Ile-de-France region to allow people with a strict need to travel to get about.

“The priority is all transport necessary for the staff of health establishments and other activities that need to be maintained.”

From Thursday the Metro and RER suburban trains will only run from 6am to 10pm.

Fifty stations including Alésia, Bourse, Campo Formio and Pernety will be closed. For live updates on the situation, click here.

Metro lines will be running at 30 percent of the normal service frequency while the RER and Transilien suburban trains will run at 25 percent. There will be bus replacement services to the suburbs after 10pm.

Tram lines will continue to run, although both tramway and bus services have already been scaled back.

The Noctilien night bus service will continue to run as normal, with the addition of an extra 20 shuttles running to and from hospitals for medical staff.

The daytime bus service will continue as it is this week, but will be reduced from Monday.

Also Wednesday, Paris airports operator ADP said it would temporarily shut Orly airport, the main domestic hub, to commercial flights because of the “significant and sudden” drop-off in passenger traffic because of coronavirus travel restrictions.

The group had already shut several terminals at both airports as airlines slashed flights.