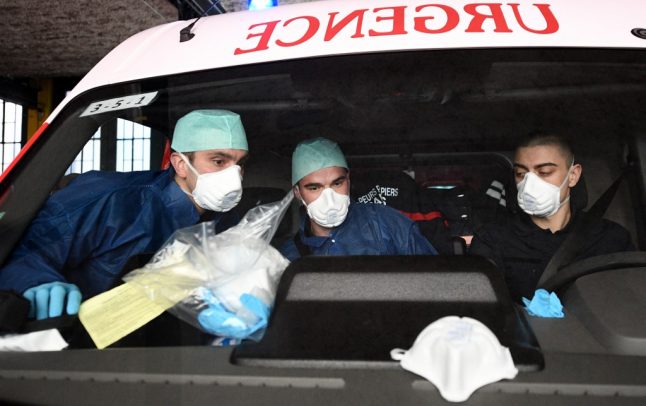 The Comité analyse, recherche et expertise (CARE) set up to advise the French government has recommended a longer lockdown and stricter confinement as the death toll from the virus in the country continues to rise.

In the past 24 hours 240 people have died. This takes France's official death toll to 1,100 – but for the moment only counts people who have died in hospital, not people who died at home or in retirement homes.

The daily death toll was also a sharp increase, from 186 on Monday and just over 100 a day over the weekend.

The council's role is advisory only and the final decision will be taken by the government, health minister Olivier Véran  said the figure of six weeks was an “estimation” and no one knew at this stage how long the confinement would last.

“They said that we need to be prepared that the confinement will last more than two weeks and that maybe it could be even more like five or six weeks,” he said.

“It (the lockdown) will last as long as it needs to,” he added.

The council of doctors, sociologists and mathematicians was created by the health ministry to advise President Emmanuel Macron and the government on the best way to combat the coronavirus.

The experts said that the lockdown was currently the “sole strategy that is realistic in operational terms,” adding that other strategies like mass testing or isolating all those who may have the virus were not realisable on a national scale.

It said three weeks of lockdown would be needed before an estimation of its impact can be made. It recommended the lockdown should continue until a post-confinement strategy was laid out and the pressure on hospitals had eased.

It also suggested a tightening of the restrictions may be necessary such as limiting non-essential work outside the home and imposing curfews.

France was put into lockdown on Tuesday, March 17th initially for 15 days, although a variety of ministers and health chiefs have said that is highly likely to be extended.

The lockdown orders all in France to stay inside except for essential trips outside such as shopping, exercise or visiting the doctor.

READ ALSO What are the rules of lockdown in France?

In neighbouring Italy the initial three-week lockdown has been extended, although the government has not said how long for.

Over the first week of lockdown in France, restrictions have been steadily tightened and fines for people caught outdoors without good reason have increased to €135.

Many local authorities have also added their own measures, with at least 20 towns declaring a curfew, some banning access to beaches and one département banning the sale of alcohol during the lockdown.

The scientific council also advised a much more widespread testing programme in France.

Currently only certain categories of people are tested, leading officials to say that the true number of cases in France is much higher than official figures.

On Tuesday, Véran said that the country would be increasing its testing programme.

He said: “We are going to multiply the number of tests across the country.
“When the spread of the virus increased the recommendations were: test vulnerable people, test caregivers, test very sick people in hospital,” explained the minister.
“The World Health Organisation now says that we must be prepared to test more, especially when it is necessary to go out of the containment phase.”
Director General of Health Jérôme Salomon, giving his nightly briefing of the number of cases, also said that France would rapidly increase its testing programme.
He described the epidemic as “rapidly spreading”.