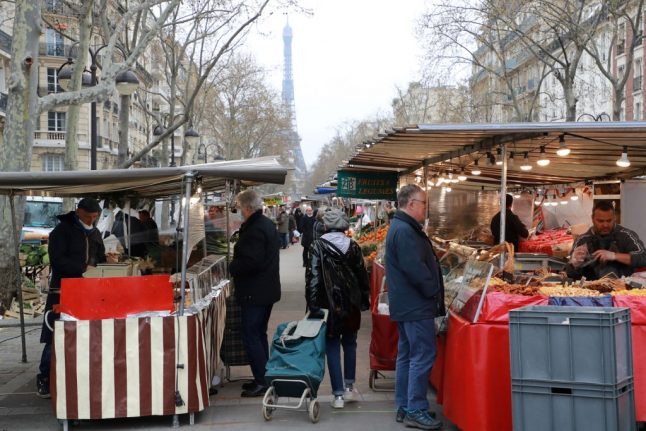 Doctors, nurses and aid workers are in short supply in Paris and in other areas suffering the brunt of the coronavirus outbreak, which has now caused 860 deaths in France.

Medical workers who can prove they are travelling for work will ride for free, even as rail services were slashed after a nationwide stay-at-home order to curb the outbreak, the head of SNCF Voyages, Alain Krakovitch, told AFP.

“The SNCF should be showing solidarity with aid workers,” he said.

Officials in eastern France have also made local train and bus services free for health workers, and the mayor of the Mediterranean city of Nice said Sunday that public buses were now exclusively for the use of health workers.

French energy giant Total said Monday it was offering hospitals fuel vouchers to distribute to health workers for use at its network of petrol stations, a donation worth up to €50 million ($54 million).

With hospitals already overwhelmed by 7,240 coronavirus patients, the military has stepped in to transfer sick people from the worst-hit regions and set up field hospitals.

Doctors have urged officials to extend and possibly tighten the confinement measures keeping people at home, and a scientific advisory panel set up by President Emmanuel Macron is set to give an opinion shortly, an Elysee Palace official said.

Several cities have imposed curfews in recent days, though the measure has not yet been ordered for Paris, where outdoor food markets were held as usual over the weekend, albeit with stepped-up police patrols.

Mayor Anne Hidalgo said Monday that she had asked the Paris police chief to evaluate the risks of keeping the markets open, after crowds thronged markets in the city's working-class neighbourhoods of Barbès and Belleville.

Later on Monday French PM Edouard Philippe told TV viewers that pen air markets would be closed although local authorities could apply to keep them open in special cases.

On Sunday, France's parliament declared a health emergency for a two-month period, giving the government greater powers to fight the pandemic.

The law allows the government to take measures to support companies and backs up its decision to delay the second round of municipal elections.

The government has also increased fines for leaving home without a valid reason, with the penalty for a second offence now €1,500 ($1,600).

Police said nearly 1.8 million checks have been carried out since the confinement was imposed last Tuesday, with nearly 92,000 fines issued.

Government spokeswoman Sibeth Ndiaye said on Sunday that a confinement extension was “likely”, while Education Minister Jean-Michel Blanquer said schools were unlikely to resume before May 4.