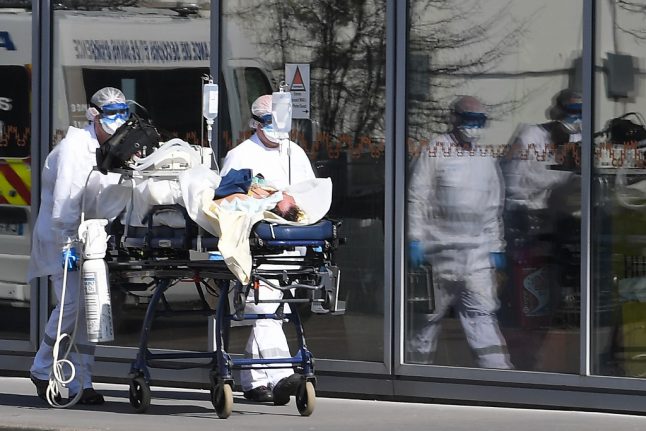 The health crisis could well lead to a political crisis. Photo: AFP

The initial politics of Covid-19 (yes, I know that it’s not quite the same as influenza) are the politics of look-what-the-neighbours-are-doing.  They may yet become something much nastier.

For the latest on the situation in France, click here. Was Macron too slow to impose a lockdown on France? Photo: AFP

Many people criticised the scattered and selfish initial European Union responses. They may not have noticed that the EU is, belatedly, getting some things right. Germany is taking an overspill of French patients; a multi-billion Euros joint EU economic rescue programme is under discussion.

Everyone in Europe (and not just Europe) thinks that Donald Trump has performed disgracefully for weeks. Now, finally, Trump seems to have grasped that Coronovirus cannot be defeated, or exploited, with lies, bluster and appeals to racism.

Opinion polls in all countries have shown an immediate “crisis dividend” for governments. Macron has zoomed in the approval ratings by 13 points to 51 percent  – his highest for two years.

This will not last. After less than a week of confinement, public patience in France is already wearing thin. Opposition politicians are looking for opportunities to pounce.

Anger is growing – towards wealthy people who fled to their second homes; or towards multi-racial suburbs of French cities where the lock-down has been defied by a fringe of young people who consider themselves beyond the law.

There are reasons enough to criticise our leaders. There are also good reasons to support and sympathise with them as they fight a crushing, invisible enemy with faltering enthusiasm from their front line troops.

By front-line troops, I do not mean the heroic doctors and nurses who are risking their own lives, sometimes without adequate protection.

I mean the rest of us. We have the prime responsibility to fight the greatest and scariest enemy of our lifetimes by doing what many find to be the hardest thing of all – nothing. Not everyone has been following the 'stay home' advice. Photo: AFP

Consider how agonising are the decisions which have confronted all our governments in the last month. Emmanuel Macron tried desperately to avoid the Italian doomsday solution of complete lockdown. He probably waited a few days too long.

He finally took the decision to close down large parts of the fifth largest western economy and place 60,000,000 people under house arrest (essential workers apart).

He came up with a vast state-funded economic programme which is intended to keep businesses afloat until the crisis passes.

The man elected to roll back the French state has imposed a programme of state control and de facto nationalisation which would have made Franklin D Roosevelt jealous and brought a smile to the lips of Joseph Stalin.

There is a bailout fund for freelances and owners of small companies. The state will guarantee €300bn of loans for bigger businesses.

In Britain, the Johnson government blustered and blathered but finally came up last Friday with an economic programme which looked remarkably similar to Macron’s (help for small businesses and freelances apart).

It may in the next couple of days be forced to follow France in imposing a legally enforceable lockdown.

Johnson is reported to believe that such things – state-enforced quarantine, written permission to go to the shops, fines – are fundamentally unBritish.

Even those voluntary restrictions which are in force in Britain, such as closure of pubs and restaurants, followed a frank telephone call from Macron last week.

Unless Britain imposed more social distancing to slow the advance of Covid19, France would close the tunnel and Channel Ports – to trade not just people.

Johnson has got many things wrong. But Macron’s initial approach was also culpably passive  – and in some respects still is.

Why is France still testing so little for Covid19, less even than the UK? The official policy is that tests are rationed for the elderly, the pregnant, those with underlying health problems and pregnant women.

Several explanations have been given. They include a lack of lab capacity in France and the pointlessness of general testing once the virus is known to be running amok.

As a result the daily bulletins on the advance of the virus  from the French government have to be read with caution. (The nightly announcements have become a grim kind of sports results, in the absence of sports.)

Officially, there are 16,018 known cases of Covid19 in France. The health minister Olivier Véran admits that true figure may be 90,000 – but that’s just a guess.

The only reliable running scores, therefore, are for the “gravely ill” (1,746 on Sunday night) and deaths (674). Both are advancing rapidly.

They are not – yet – exploding in the way that they did in Italy and now Spain.

The next few days will be crucial. An extension of the 15 day lock-down is, in any case, inevitable. If it seems the progress of the virus is being contained in France, it may be possible to imagine a return to something like normal life by May or June.

If the French figures for the dead and gravely ill spin out of control, we’re all facing a long sentence.

Deep anxiety and boredom are a toxic combination. Add dotty theories and simplistic solutions on social media. I fear that the politics of Covid19 may yet turn very nasty indeed.