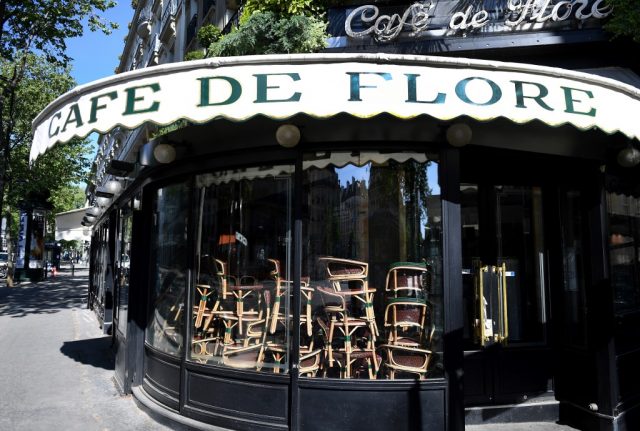 Businesses that were told to close during the coronavirus epidemic could be eligible for financial state. Photo:AFP

Some of the information in this article is outdated and you can find new and updated information here.

Thousands of self-employed workers and small business owners have suffered heavy economic losses since the beginning of the lockdown on March 17th.

The French government put in place schemes to help them stay afloat during the lockdown, an effort that is part of a now €110 billion emergency plan.

A big chunk of the plan funds the 'partial unemployment' scheme for employees that now has more than 9 million French workers claim benefits while employers hold their jobs open during the lockdown.

But the pot of cash set aside to support the country's independent workforce has also been significantly increased since its launch, and has now passed €7 billion.

On Friday, the government said it would strengthen this economic support further.

“Starting on June 1st, we will reinforce the solidarity fund,” said Economy Minister Bruno Le Maire during a press conference.

Le Maire said more groups of workers would be getting access to help – especially those in the hotel, restaurant and event industry that would be hard hit also after May 11th, as they would need to keep stay for longer than the rest of the country's businesses.

The government said it would set a date “by the end of May” for when the restaurant, event and hotel sector could reopen.

He also said one of the packages set in place to help these economic groups would be doubled.

What is the government doing to help the self-employed?

Self-employed people belonging to either the category micro-entrepreneur (formerly auto-entrepreneurs), indépendant or TPE (small business owners) could be entitled to financial compensation.

The government has supplemented the initial €1,500 help package with another one. This second economic help was first elevated from €2,000 to €5,000, but Economy Minister this Friday said it would now be doubled to up to €10,000.

However the requirements for the two packages differ and the €1,500 help package is much easier to obtain. This funding is given directly by the government, whereas the second help package needs to be requested from each business' regional authority.

The steps for requesting each package are laid out below.

Only businesses counting less than 10 employees and earning less than €1 million a year are eligible for this aid package.

The business also needs to tick at least one of the two following boxes.

The government has also opened this fund up for businesses that have lost 50 percent or more of their average annual income, after receiving complains that comparing with April would be misleading due to the 'yellow vest' riots having caused numbers to tumble in 2019.

Note: starting June 1st, the fund will be accessible to all hotel, restaurant and event businesses – all the businesses that needed to keep shut after May 11th – would be able to access the fund if they had up to 20 employees and were earning up to €2 million a year.

Businesses having lost less also qualify for help, but will get smaller amounts that correspond to what they have lost.

Is this help package renewable?

Yes, the government first extended the help package to include April and now also for May. Businesses can reapply for the fund for the month of April starting May 1st and for May on June 1st.

Who does not qualify for this help?

Anyone ticking the following boxes do however not qualify for aid.

If you meet the criteria above, you will get up to €1,500 automatically extended to you by French tax authorities.
To apply, click here and log in to your espace particulier to fill out the required form.
You will need to upload an attestation sur l'honneur confirming that your business did not have any fiscal or social debt remaining on December 31st 2019.
You will have to upload the following documents:

This aid package is for “the businesses facing most difficulties,” according to the government's website.

Starting Wednesday, April 15th, businesses may apply for a supplementary help package from their “regional services where they exercise their activities.”

The requirements for getting this money are much stricter and few self-employed will actually qualify.

You will need to

Businesses and self employed will also be able to suspend payments on rent, gas and electricity.