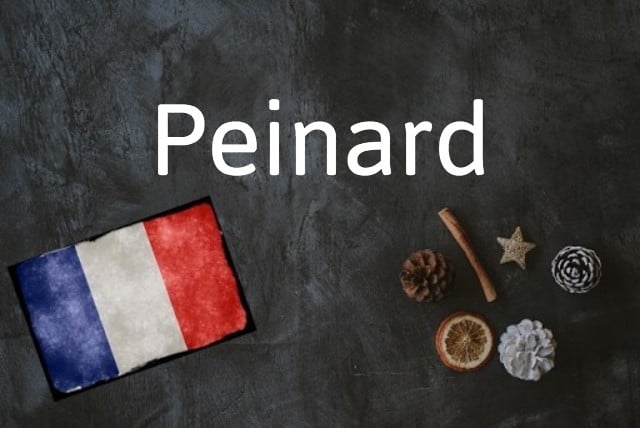 Why do I need to know peinard?

Because we’re all going to do a lot of chilling with Netflix (if not Netflix & chilling) in the coming weeks. Might as well develop our French chillax-vocab while we’re at it.

Peinard is a colloquial version of paisible – peaceful.

The French online dictionary l'Internaute defines peinard as “an equilibrium that won’t be affected by a sudden change” and“which is free from worries.”

It’s a concept that most English-speakers would recognise as ‘chill’.

If you're peinard you're relaxé and détendu (relaxed and unnerved).

Imagine a fat cat sitting in the sun in a window sill, purring.

Peinard can be a state of mind or an attitude. Un type peinard is 'a chilled out guy'.

Likewise, you can be sitting peinard (peinarde if you're a woman) at home on a Saturday evening, slacking on the couch and watching season gazillion of Real Housewives on Netflix.

J'étais peinard chez moi, j'avais pas la force de sortir. – I was chilling at home, I didn't have the strength to go out.

While it is an colloquial expression, peinard is not one of the many slang expressions that originated among kids in the French suburbs and then spread out.

Oh no, peinard is old school. It dates all the way back to 1549, originally referring to French workers, because they were seen as to travailler à peine – barely work.

In the late 19th century, a père peinard was used about homme combinant sagement besogne et repos – someone who is wisely combining work and rest.

The no. 1 synonym of peinard is tranquille, which means ‘cool’ or ‘chill’.

On est peinard ici – we’re at peace here – could just as well be on est tranquille ici.

Other (more formal) ways of saying peinard are serein (serene) or calme (calm).