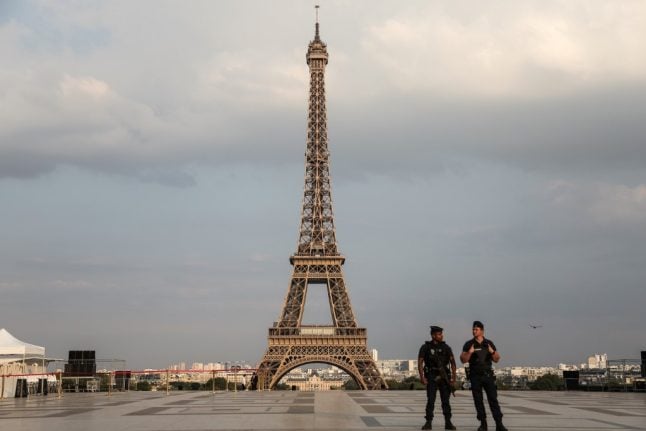 When we asked our readers about how they felt about being in France instead of their country of origin during the coronavirus epidemic, there was one word that echoed from many of them:

“Safer,” Miranda Kingwell Smith wrote, summing up her feelings – and that expressed by many others – in one word.

A 62-year-old living in Le Var together with her husband, 83, Miranda said she preferred being in France rather than her home country, because “the French are better organised than the UK.”

John Maguire, a 71-year old based in Charente, praised the French government for acting “speedily, positively and with clear leadership.

“Watching how the UK government is acting fills me with deep concern and total despair.”

“It doesn’t appear to understand just how critical their actions are and the the public requires strong guidance and leadership.”

The British government has so far not introduced widespread restrictions on daily life, unlike France where the government has now put the whole country on 15 days of lockdown. Starting Tuesday, French police were to control that anyone leaving their homes had a valid reason. Photo: AFP

Miranda and John were far from the only Brits who praised the French government's actions compared to that of the UK's.

“At least France looks out for its people, as opposed to Britain which is in thrall to big business and the stock market pariahs,” Gerry Buckland, 71, wrote.

“I'll take President Macron over Boris the Inept Buffoon and his gang of fascists every time.”

“I'm relieved. Boris Johnson has not been doing enough in the UK,” she wrote.

“I've been warning my family (including my parents in their 70s) for more than two weeks, but they have trusted the government that they can still go out in groups, on holiday and that they didn't need to get in extra supplies.”

“They think I've been exaggerating! It's starting to sink in now,” Joanne wrote.

John Counsell, 70, said “the French government has been more effective than in the UK. So I am happier to be in France!”

Another Brit, Roger Paton, 81, said one of the reasons he was glad to be in France instead of the UK was that “at least the French health service is better than the English.” Many Americans who wrote to us also said they were glad to be in France instead of the US.

“I am American so I feel more safe and protected than I would in the US,” Kerry Ann Precious, 46, wrote.

Colleen Phelan, 67, wrote this from her home in the Nouvelle-Aquitaine

“As an American resident in France, I am pleased to be here with a far more concise response to the virus than that coming from the White House.”

“I am well-informed by the French government, stage by stage.”

Paris-based Rachel Salamanca, 42, said she felt “safer here than in the USA,” which she described as clouded by “fog and misinformation.”

But others expressed sadness over not being able to spend this time together with their families.

“It is tough being torn between two places and not knowing the future,” wrote Lynn Williams, a 56-year-old in Paris.

Holly Dale, 32, from New Zealand said; “Wish I could spend this time with my family!”

She also expressed worry about how, as a freelance makeup artist, she would be able to make ends meet in the coming time.

“I have had to cancel all my work and am extremely concerned about the lack of income.”

Nicki, a 48-year old originally from Scotland, said she was “stressed, anxious and lonely,” and worried about her family back home.

Living in Rambouillet, in the French countryside, she said she was struggling to adapt to being “stuck at home.”

“My husband is trying to work in his home office, and we can’t do any of the things we want to do,” she wrote.

We know the coming weeks will be a trying time and we will be doing our best to bring you non-coronavirus related coverage too, to give everyone other things to think about. Tell us what you would like to read about here.