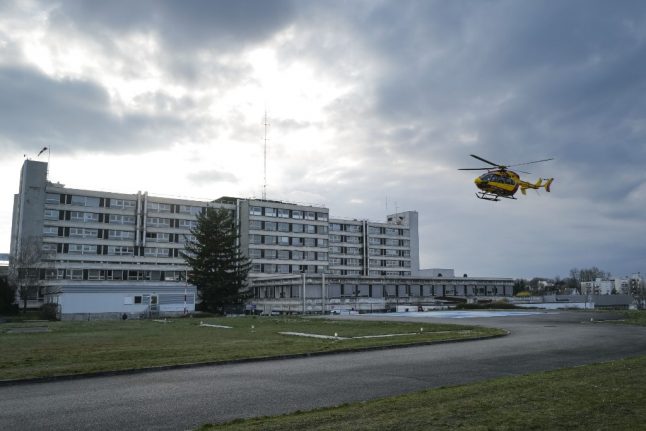 French health authorities on Tuesday said that 27 more people had died over the last 24 hours from the coronavirus in the country, bringing the total death toll in France to 175 people.

There are now 7,730 confirmed cases of coronavirus in the country, France's top health official Jerome Salomon told reporters, a jump of over 1,000 on the day earlier.

However the real number of cases is likely far higher given France is not testing everyone who has symptoms of the virus.

His comments came as France entered the first day of a lockdown ordered by President Emmanuel Macron which orders people to stay at home and prohibits all non-essential movements.

Salomon said of those infected, 2,579 people were currently hospitalised including 699 in intensive care. Seven percent of those who have died are aged under 65.

“We are progressively moving to a general epidemic over the territory” of France, he said, urging people to “stay at home” and keep contacts to a minimum.

One of the worst affected parts of the country is the eastern département of Hauts-Rhin, where health chiefs say hospital's are overrun with insufficient intensive care beds and ventilators for critical Covid-19 patients.

On Tuesday patients began to be airlifted out of the Emile Muller hospital in Mulhouse to other hospitals around France in order to ease the pressure.

In an address to the nation on Monday French President Emmanuel Macron announced that the army would be sent in to help hospitals in the Haut-Rhin.

The military will fly out more patients to other parts of France on Wednesday and an army hospital will be constructed to ease pressure on the hospital in Mulhouse.

The make-shift army hospital will house around 30 intensive care beds.

“All reinforcements are welcome because the situation had become untenable in Mulhouse,” said Professor Eric Maury, president of the French-speaking intensive care society (SRLF).