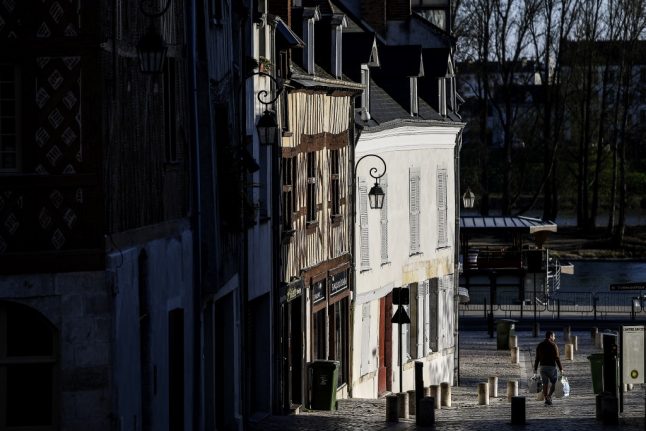 French police will be controlling those leaving their homes. Photo: AFP

The French Prime Minister Edouard Philippe addressed the country in a televised speech on Monday evening, announcing new and firmer rules on the lockdown that entered into effect a week ago to try and halt the spread of the virus and prevent health services from being overwhelmed.

The new rules were compiled in a decree signed by the PM that entered into force on Tuesday, March 24th – one week after the lockdown started.

Here is the latest information on what is and is not allowed. French PM Edouard Philippe said the rules on leaving one's home during lockdown would be tightened in a televised speech on Monday. Photo: AFP

This is the big one. Everyone in France has been ordered to stay inside their homes, venturing out only for essential reasons. The restrictions started at 12 noon on Tuesday, March 17th.

At present the lockdown is for 15 days, but health chiefs say this is highly likely to be extended.

People can only go out for the following reasons

Anyone stepping out of their homes will need to present a certificate, available to download from the government's website, stating their reason for being out (although a hand written version will be accepted for those people who do not have printers).

People breaking these restrictions will face a fine of €135. On Sunday, authorities reported that police had issued move than 90,000 fines since the beginning of the lockdown.

France's Interior Minister Christophe Castaner has previously said the fine could rise to €375 if people continue to flout the rules.

According to the new decree, a second breach registered in the 15 days following the first breach will be punished with a €1,500 fine. Anyone who breaks the rules four times risk a €3,700 fine and up to six months in prison. One hundred thousand police and gendarmes have been mobilised to effectuate controls. Roadblocks have been set up on both major and secondary routes to control cars driving by.

When people are out they need to practice social distancing – keeping at least 1m apart from the nearest person – including when waiting in a queue.

All businesses are required to organise for their employees to work from home if at all possible, and adapt their business practices if necessary. Employees whose work genuinely cannot be done remotely are still permitted to travel to work, but will need to fill out both the travel form and a form outlining why their work is essential – available here. Military personnel have been deployed to help health services in the Alsace region in north east France. The Grand Est is the worst affected area of the country with hospitals and medical services already overstretched.

Contrary to rumours, France has not been not put under martial law and soldiers will not for the moment be enforcing curfew measures.

The European Union closed all external borders for 30 days from Tuesday at noon to curb the outbreak, though citizens of EU countries are allowed to return.

For the moment, the UK is exempt from this ban, although France's Prime Minister Edouard Philippe says the country 'may find it difficult' to accept people from the UK if the country does not tighten its own controls.

Travel around France is only permitted for essential reasons, although tourists are permitted to travel to a port or airport in order to get home.

France had already announced a package of financial measures for both businesses and employees hit by the crisis, but these have now been stepped up further with the creation of a €450m fund for businesses – many of which face weeks of zero profits as they are not able to open.

In addition to the already announced tax breaks, businesses can also suspend payments on rent, gas and electricity.

READ ALSO What financial aid are France's small businesses and self-employed entitled to?

The 'partial unemployment' scheme has also been greatly enlarged so that anyone not able to work because of the crisis can claim benefits, while still having their job held open for them when things return to normal. Employers are barred from firing employees during this period.

The second round of voting in France's municipal elections – due to take place on Sunday, March 22nd – has been postponed.

In what he probably felt as a personal blow, Macron on Monday agreed to halt his pet project of reform of the French pension system, the highly divisive bill currently making its way through the French parliament (and the cause of the weeks of strike action in December and January).