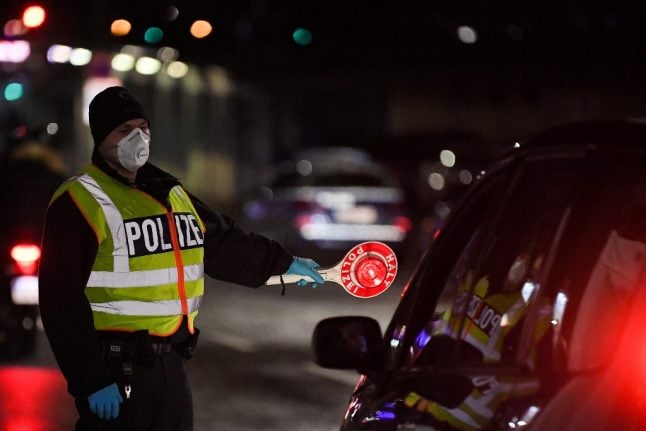 The European Union has agreed to close its external borders for 30 days.

The entry of non-EU nationals will be restricted unless they have visas. EU nationals and Britons will be allowed to enter the EU though.

Quarantine, schools, shops and borders closed, gatherings banned, here are the main measures being taken in Europe to fight the spread of the novel coronavirus.

Italy and Spain, Austria and the Czech Republic, have taken strict confinement measures. Their citizens can go out only to work, for health reasons or to buy food.

France's President Emmanuel Macron addressed the nation on Monday evening to announce that the government was ordering people to stay home for 15 days unless for essential reasons.

Those reasons included grocery shopping, exercise, medical appointments and walking the dog. But it was now forbidden to friends or families outside. Anyone caught disobeying the rule would be subject to a 38 euro fine that could rise to €135.

The British government has asked people displaying symptoms to remain at home for a week.

Greece has imposed a 14-day quarantine on all arrivals.

People returning from the main coronavirus hotspots must stay at home for two weeks in Croatia, Estonia, Latvia, Norway, Russia and Slovakia. Germany has recommended the same.

Spain announced Monday it would close its land borders at midnight.

Germany has stepped up border controls with Austria, Denmark, France, Luxembourg, and Switzerland, only allowing through goods transit and border workers.

France is to bolster checks with Germany, while not closing its border completely.

Cyprus, the Czech Republic, Denmark, Lithuania and Slovakia have announced the closure of their borders to foreigners, with Slovakia making an exception for Poles.

Russia has closed its land borders with Norway and Poland.

Austria has almost entirely closed its border with Italy.

In Belgium, Cyprus and Italy all gatherings have been banned.

Gathering of more than five people are banned in Austria and the Swiss canton of Geneva, while the Czech Republic has prohibited meetings with more than 30.

Denmark, France, Iceland, the Netherlands and Switzerland have set the threshold at 100 people, as have Hungary and Romania for closed meetings.

Finland and Sweden have set the bar at 500 people.

Germany has cancelled  non-essential events gathering less than 1,000 people, a threshold also in force in Poland, Portugal and Romania.

Moscow has banned meetings of more than 50 indoors and set limits on outdoor events.

In Belgium, nightclubs, cafes and restaurants are closed, as are pubs in Ireland.

Luxembourg and the Netherlands have ordered the closure of all places and businesses open to the public.

Greece has closed its museums and archaeological sites.

France has announced a gradual reduction of long-distance transport, including buses, planes and trains.

In Germany regional rail transport will also be heavily reduced.

Rome's second airport, Ciampino, is closed, while Fiumicino is to close one of its three terminals from Tuesday.

Poland has cancelled all domestic flights.

Ukraine has suspended air links and Russia has reduced them with the European Union.

Austria has suspended rail links with Italy and air links with France, Italy, Spain and Switzerland.