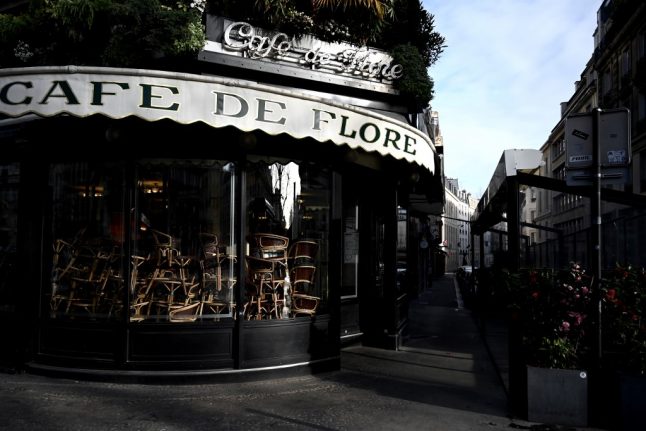 On Saturday evening, as many French people were out for dinner or a drink with their friends, Prime Minister Edouard Philippe announced that, as of midnight, the government would close down all “non-essential commercial activity” in a bid to fight the rapid spread of the coronavirus (COVID-19) in the country.

On Sunday morning, in an official decree, the French health ministry detailed what that would mean, followed up with a second decree Monday morning providing further clarification on the types of businesses affected by the ban, which is set to last until at least April 15th. They include:

Only food stores, pharmacies (drug stores), banks, petrol stations and a few other exceptions were exempt from the ban and would be able to stay open in the coming weeks. Bakeries, greengrocers, butchers, fishmongers and liquor stores are all able to continue trading.

Businesses that specialise in IT equipment, vehicle repair, DIY stores and pet food retailers will also be allowed to keep their doors open, as will dry cleaners, funeral parlours and, importantly, hotels.

In general, any activity outside those qualified as “indispensable for the continuity of the life of the nation,” were ordered to stop.

“We have observed that the first measures we have taken have not been correctly applied,” Prime Minister Edouard Philippe said on Saturday. “The best way to slow the virus is social distancing.”

Bars, hotels and restaurants would still be able to maintain a minimum level of activity to make home deliveries, but they would not be able to receive customers on site.

Tobacco stores, which sell other things such as stamps, were not specifically mentioned in the ban and there was some confusion of whether or not they were exempt from the rules.

Ski resorts also had to shut their doors to the public, leaving many disappointed holidaymakers having to cancel or interrupt their plans.

There was a lot of debate on Saturday night about whether boulangeries (bakeries) would be allowed to open, but it seemed on Sunday morning they considered to be essential. Queues formed outside with many stores asking customers to only enter one at a time. Butchers and cheese shops were also open.

Boulangeries are open in Paris. There was lots of debate about whether they would be allowed… As are butchers and supermarkets and cheese shops… Although this one is asking customers to only be in the shop one at a time. We will get used to seeing long queues in the streets pic.twitter.com/ZzzwsxYzAE

People are not confined to their flats in Paris, just yet. Plenty of young, middle aged and elderly out exercising in the usual places today. Families are out too. It feels like an ordinary sunny Sunday morning… pic.twitter.com/sBlb6ZEUnG

The government has not yet issued any restrictions on the country's transportation sector, mostly to make it as easy as possible for hospital workers and others who need to go to work to continue to do so.

However, in rail companies SNCF and RATP, which control respectively the national and Parisian railways, have announced that transportation will be “adapted” starting Monday March 16th, as many of their employees would be forced to stay home following the closing down of all the country's schools and nurseries.

The companies said they would give more detailed information on Sunday.

In Bordeaux, most bus drivers and all tram drivers on Sunday made use of their droit de réserve – the right to go on leave in case of health dangers – after reports of one driver perhaps being contaminated by the virus.

“We stand behind the government,” Héguy told France Info on Sunday morning, adding that the union would be meeting with economy minister Bruno Le Maire and work minister Muriel Pénicaud on Monday to thrash out a plan on how to deal with the inevitable financial losses these new measures would entail.

Voters in Paris were told to keep one metre between themselves on Sunday as they waited to cast their ballot. Photo: AFP

Local elections go ahead as planned

Despite the new restrictions, the government decided to would maintain the country's local elections on Sunday March 15th.

The French are voting in local elections today. And despite all the closures and advice on staying isolated the polling stations are open and people are voting… They have been asked to bring their own pens… pic.twitter.com/taQe9f0nyY

All polling stations had however been instructed to issue protective measures, like handing out hand sanitisers and spreading out queues. The French interior ministry last week urged all voters to bring their own pen (blue or black).

Critics feared that this would severely reduce turnout, but the government said the protective measures meant there was no need for anyone to stay home.