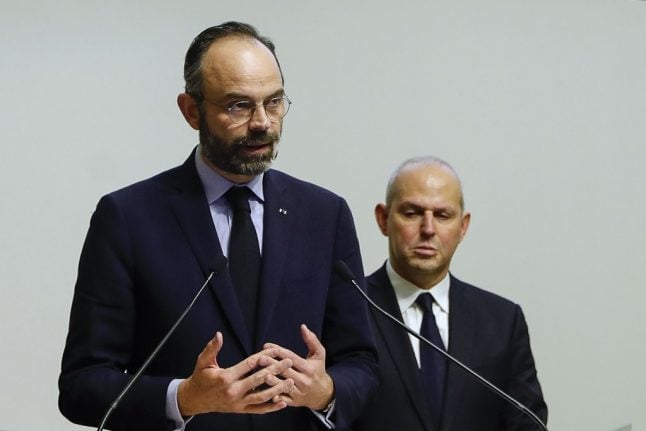 Edouard Philippe announced on Saturday evening that due to the acceleration of the coronavirus epidemic in France it was necessary to close all bars, restaurants, nightclubs and non-essential stores across the country.

All places deemed “non-essential” are to be closed, Philippe said.

“I have decided on the closure until further notice from midnight of places that receive the public that are non-essential to the life of the country. This includes notably cafes, restaurants, cinemas and discos,” the Prime Minister told reporters.

“We have noticed an acceleration in the spread of the virus and a rise in the number of people in intensive care, he said.

“We have observed that the first measures we have taken have not been correctly applied,” he said. “The best way to slow the virus is social distancing.”

France has already banned events that gather over 100 people together and from Monday schools around the country will remain closed.

“Our objective is to protect you. I am aware of the effort and sacrifices that we’re asking of you,” he said.

Places of worship would stay open but all services and ceremonies would have to be postponed, he said.

“I trust that the French people can understand the seriousness of the situation,” said Philippe adding that Sunday's first round of the national local elections will go ahead as planned.

His request to the people of France was clear: “Limit your movements as much as possible and avoid inter-city travel.”

“I know the French will show their calm, their civic mentality and their ability to obey the rules we have set out for their own security,” Philippe said.

The French PM said that the advice of most scientists was that the government should step up restrictive measures in a bid to slow down the epidemic.

The number of confirmed cases in France had doubled in three days to 4,500, health chief Jérôme Salomon said after the PM had spoken. The death toll rose to 91, a jump of 12 more since Friday.

'We need to change our behaviour now'

“We have, in France, a rapidly developing situation in several parts of the country,” Salomon said.

“We need to do everything in our power to stem the peak of this epidemic.”

Salomon confirmed that France had entered stage 3, the term the government has used to describe a situation of a full-blown epidemic with the virus circulating actively across French territory.

“How the situation develops in the coming days depends on our behaviour,” Salomon stressed.

While reiterating that the recovery rate for the virus in France was 98 percent, he said “French people are not taking the situation seriously enough today.”

While most of the people who have died from the virus were aged above 70 with had underlying illnesses, more than 50 percent of the 300 patients currently in intensive care for the virus in a serious condition were aged under 60, Salomon said. He urged the public to avoid contact with others.

“People who are fragile or over 70, stay at home. And above all, do not have children visiting,” Salomon said.

The recovery rate for coronavirus victims in France was 98 percent.

The health chief also reiterated an earlier warning from the health minister that the public should avoid anti-inflammatories like ibuprofen if they think they are infected because they can cause complications.