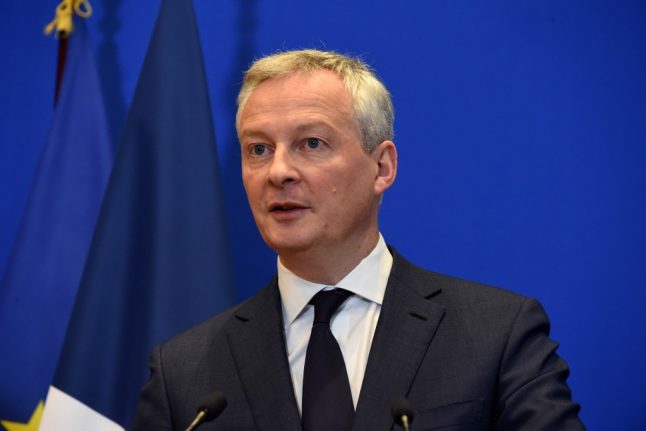 “The state will bear the financial burden of the people who have to stay home,” French President Emmanuel Macron said on Thursday evening, after he had called for “everyone who could to work from home” as part of the country's new and stringent strategy to contain the coronavirus outbreak.

By promising what the president said would be “exceptional measures” to help businesses cope with any financial losses following the new measures, Macron announced a tilt to the left in what until now was a liberal economic programme.

“We won't add fear of bankruptcy and unemployment to the health crisis,” Macron said.
So what does that mean?
On Friday, March 13th, the morning after the president's speech, Economy Minister Bruno Le Maire laid out the government's financial plan for the country in the coming months.
“No employee will lose a cent,” Le Maire said.
As France continues to grapple with the new reality caused by the coronavirus outbreak – which has claimed the lives of 61 people and infected several thousand – the minister promised the state would intervene to avoid an economic breakdown for the country's businesses.
How will France's new coronavirus restrictions affect daily life?
“We must not lose neither employees nor skills,” Le Maire said.
The economy minister promised that the state would bear the brunt of the financial loss of the now more than 5,000 businesses who were losing money on people being temporarily unemployed (chômage partiel).
“We will do everything necessary and more,” Le Maire said, to ensure that the country's economy “restarts as soon as the crisis is behind us.”
The government was, according to Le Maire, ready to commit to “very expensive” measures – “tens of billions of euros,” the minister said – as an emergency help package that would enable businesses to keep paying their employees and prevent the country from suffering a serious financial plunge.
As he was due to meet with French banks later on Friday, Le Maire  said he would “tell them that the French state is behind them,” and that there would be “no need not to borrow money to the businesses who need it.”
This represents a turn towards a more left-leaning, interventionist economic policy that received praise from the opposition – both the right and left – after the government announced it.