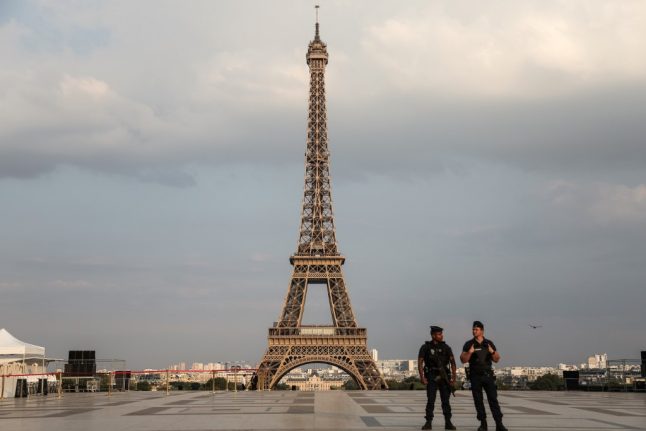 The Eiffel Tower has been closed to visitors as France tries to get the coronavirus epidemic under control. Photo: AFP

The country – the most visited in the world – is one of Europe's hardest hit by the coronavirus pandemic, with more than 3,661 infections and 79 deaths confirmed on Friday evening.

Its tourism and cultural sectors have been particularly hard hit, as the government has ramped up containment measures over the outbreak, closing schools and banning large gatherings.

Both the Louvre and the Eiffel Tower will remain closed until further notice, while the Palace of Versailles said it was also shutting its doors.

Eiffel Tower management said it hoped “to be able to reopen very soon when conditions allow it”, in a statement on its website Friday.

The Eiffel Tower has closed its doors until further notice due to the coronavirus crisis. https://t.co/xLJrHYd2KI

The Louvre – the most visited museum in the world – had already restricted entry to 1,000 people at a time as the number of coronavirus cases in France has climbed.

In a sign that the shutdown could be relatively long-lasting, the museum said it was also postponing two upcoming exhibitions, including a show on Italian sculpture from Donatello to Michelangelo which was not due to open until May.

You can find all our coverage of the coronavirus situation in France here. The Musee d'Orsay in Paris, which holds the world's biggest collection of Impressionist paintings, also said on its website it was closed.

A string of other museums said they too were shutting their doors after the French culture ministry ordered state institutions to shut or to severely restrict entry Friday. Public theatres, libraries and concert halls were also told to close.

France's Culture Franck Riester is quarantined at his home after testing positive for the virus earlier this week.

The prospect of a long shutdown has left theatres and concert halls in Paris staring into the financial abyss.

The entertainment industry across France – but particularly in the capital – had already been reeling from a six-week transport strike over pension reforms earlier this year, which has left the Paris Opera alone facing loses of 16.4 million $18 million) euros.

“Some of my staff are in tears,” he said. “It's a knock-out blow. Projects are having to be abandoned,” adding that all shows opening between now and August are threatened. “It's extremely sad and really shocking.”

The Paris Opera has pulled 34 operas, ballets and concerts at its two opera houses in the French capital, with only shows after April 24 still due to go ahead for now. All rehearsals have also been cancelled.

“We have still enough money to meet our obligations,” said the opera's CEO Martin Ajdari, but he warned that “anything that will follow this difficult period will be complicated”