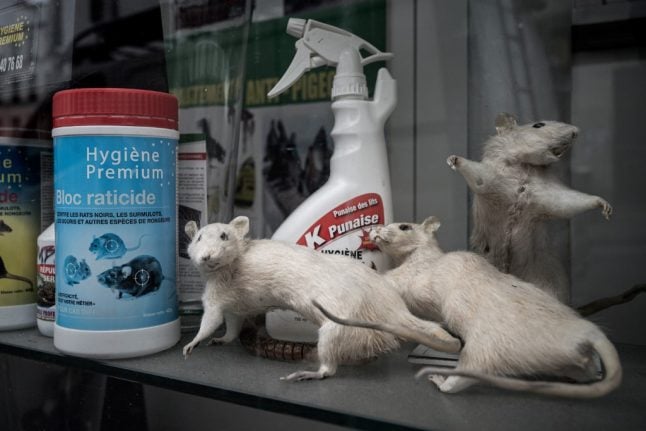 Are rats a problem in Paris?

Yes, they are. Firstly there are quite a lot of them, in fact they comfortably outnumber the human inhabitants of the city – it is estimated that the rat population of Paris is between 3.5 million and 4 million – that's 1.5-1.7 rats for every person that lives in Paris.

Also they're not shy so if you hang around Paris long enough you are likely to see a rat.

They are more commonly seen at night, but they have no problem coming out during the day too, and they like to visit the Eiffel Tower, Louvre and other city highlights just as much as the tourists do.

They're also very common in parks, which sometimes leads to city parks being closed down.

Is this a modern problem?

They're not a new phenomenon of course, and in the 14th century were widely blamed for spreading the Plague that devastated the city's human population. (They do have an alibi for coronavirus though, the World Health Organisation says it is not spread by rats).

But most pest control experts agree that today's population is the highest it's ever been.

There are a few competing theories for why this is; some blame the rising levels of the Seine, other the opening up of riverside infrastructure and walkways while some blame EU restrictions on pesticide use.

Climate change is also a problem, according to rat experts, as warmer temperatures are leading them to have an extra litter a year – that's an average of an extra eight rat babies per couple. But one culprit is at the top of most people's blame list – people.

As visitors frequently remark, Paris is not the cleanest city and carelessly discarded food makes the place a sort of giant buffet for rats.

Current mayor Anne Hidalgo has been pretty blunt about issue, saying that Parisians simply must learn to clean up after themselves.

So what's being done about it?

Paris does of course have a pest control department who work all year round to keep the population under some sort of control.

But the city goes to the polls later this week to elect a new mayor, so the rat-fighting strategy of the future may depend on who wins the mayoral race.

This is what the main candidates are proposing to do;

Anne Hidalgo – the current mayor, who is running for reelection, points to work already done by the Paris City Hall team during her time in office, including changing the design of the city's bins to ensure that rats can't get at potential food inside.

Rachida Dati of the centre right Les Républicaines party has attached Hidalgo directly over the rat problem, telling her: “Paris is very dirty and rats are proliferating.” Proprété (cleanliness) is one of the key parts of her campaign and she has promised to give more powers to local arrondissement mayors to clean up the streets.

Agnès Buzyn, the replacement candidate for Emmanuel Macron's La Republique en marche party has also promised extra funding to employ “street managers” to keep the streets clean and the rat numbers down. Her manifesto promises the 'launch of a grand plan against the rats'.

Independent candidate Cedric Villani says he proposes using artificial intelligence to keep he streets clean. His manifesto also contains a rat section – the installation of special bins that rats will not be able to access.

Green candidate David Belliard doesn't appear to have mentioned rats in his manifesto so maybe he's hoping to appeal to the rat lovers in the city. And they do exist, a petition against the 'cruel' killing of rats in Paris attracted 26,000 signatures.