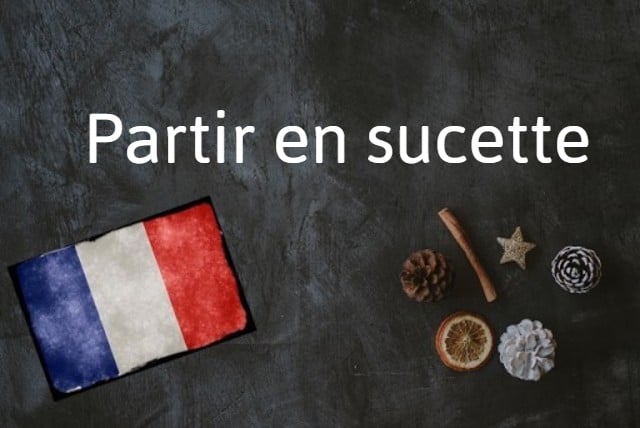 Why do I need to know partir en sucette?

Because it's arguably the cutest of the many French ways to say that things are getting out of control.

Partir en sucette can be roughly translated to ‘go lollipop’, which really means something “is about to get out of hand”.

You can use it as a warning of coming chaos, saying, in your best Game of Thrones winter-is-coming voice, that je sens que ca peut partir en sucette – I feel like things are about to get out of control

Partir en sucette means that something is taking an unexpected turn – 'going off the rails' – usually not in a positive sense.

For example, if you've organised a party and invited a couple of dozen too many people. You could tell your friends that

Je pense qu'on va ranger les vases avant que ca part en sucette – I think we should clear out the vases before this spirals out of control.

However, if you're talking about your party and saying that c'etait ouf comment c'est parti en sucette – it was crazy how mad things got – while smiling, it's pretty obvious that the getting-out-of hand part was not unpleasant, albeit unexpected.

But mostly partir en sucette is used about something that was not supposed to get out of control.

There are optional ways of saying partir en sucette in French.

Partir en cacahuète (go nuts) or partir en couille (go balls) are both options that mean the same, although couille is pretty colloquial and might best be avoided if you're chatting with respectable types.

Another option is partir en vrille, which means that something spins out of control.