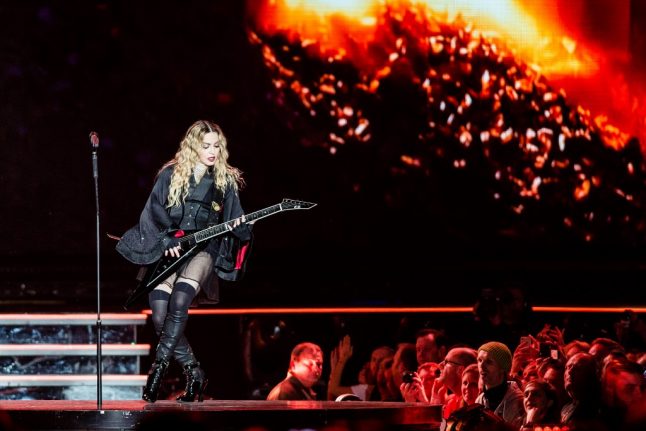 On Sunday night, France's health minister Olivier Véran announced that all gatherings of more than 1,000 people would be banned in an attempt to contain the spread of coronavirus.

This replaced an earlier, less stringent ban on gatherings of more than 5,000 people in enclosed spaces.

There are, however, some exemptions and qualifications to the ban, so what exactly is being cancelled?

When he announced the ban, Véran listed three specific exemptions – competitions, demonstrations and public transport. He also added that events “of use to the nation” could be exempted and it would be up to local authorities to come up with a list of these.

There still exists some confusion about exactly what has been banned, partly because the measure was announced in a press conference and has not yet been officially published in the Journel officiel – the French register of new laws and decrees which comes out every Monday.

READ ALSO How are the coronavirus restrictions affecting everyday life in France? The Paris Metro is running as normal. Photo: AFP

So let's look first at what isn't affected.

Specifically listed as an exemption, public transport continues to function as normal. In Paris there are public health announcements being relayed on the Metro, but apart from this things are running as normal, despite several RATP employees being confirmed as having coronavirus.

Trains are continuing to circulate as normal, although rail operator SNCF is offering free alterations or cancellations to pre-booked tickets during the outbreak.

Flights are also continuing as normal, although Air France is also offering free alterations or cancellations and British Airways has cancelled several flights between France and the UK due to falling demand.

At present there are no plans to restrict transport around France.

The French government has confirmed that polling scheduled for March 15th and March 22nd will go ahead as planned, while advising groups to cancel political meetings and events in the run up to the elections and hold virtual online meetings instead.

The interior ministry this week issued a statement outlining security measures that polling station personnel should take to limit the risk of any spread of the virus on voting day.

There will be adaptations to polling stations to spread out queues, stagger voting time slots and increase the availability of proxy voting. All polling stations must provide either an area where voters can wash their hands or distribute hand sanitiser.

Personnel have also been instructed to clean the voting booths between each vote and the machines roughly every half-hour.

In their press statement, the interior ministry discouraged people from wearing gloves, which “could disturb the voting process,” but they did encourage people to bring their own pen (blue or black).

READ ALSO: What you need to know about France's (very complicated) municipal elections

This falls into something of a grey area is it could be considered an exemption as a competition. In reality some events have been cancelled, some postponed and some played behind closed doors.

The France v Ireland Six Nations rugby game has been postponed until the autumn while football games such as the Paris Saint Germain v Dortmund European Champions League match on Wednesday will be played behind closed doors.

France's sport minister Roxana Maracineanu has said that she favours the behind closed doors approach as providing an appropriate balance between safety and letting life continue as normal as far as possible, although clubs are understandably less keen due to the lost revenue from ticket sales.

The Minister added that sports clubs are still free to sell some tickets, as long as they respect the 1,000 maximum rule – including players and club staff.

READ ALSO The everyday health precautions you can take against coronavirus France's final game of the Six Nations rugby tournament has been postponed until October. Photo: AFP

The right to demonstrate in France is protected by the Constitution, which could be why demos were exempted from the ban. A planned Marche pour le Climat (climate change march) was at the time of writing still listed as going ahead on Saturday, March 14th in Paris. Several 'yellow vest' events are also listed as going ahead at the weekend, although judging by their recent turnout they are unlikely to come near breaching the 1,000 person limit.

Concerts at venues of more than 1,000 person capacity are fairly routinely being cancelled, with Madonna being the latest artist to cancel her planned concerts, scheduled for two dates at the Grand Rex in Paris. An earlier ban only covered gatherings in enclosed spaces but the new bans covers all gatherings, so open air concerts will not be exempt.

The Paris Opéra has also cancelled several performances and is playing one show behind closed doors and live streaming the performance.

Several carnivals had already been cancelled before the restrictions were put in place – organisers cancelled Annecy carnival and the final day of the Nice carnival, so any large community events, shows, festivals or carnivals now look likely to be cancelled.

This is another grey area, since the largest museums may not get gatherings of 1,000 people at the same time, but do get more than 1,000 people a day through their doors in total.

The majority of large tourist attractions have opted to stay open but restrict visitor numbers. Both the Louvre and the Musée d'Orsay are limiting visitor numbers as well as Versailles. Visitors are advised to check with the individual attraction and buy tickets online in advance.

⚠️? Due to #COVID19, the Palace of Versailles regulates the entry of visitors.
? We recommend you to buy an e-ticket with timed entry.
? If you already have a ticket, a schedule can be given to you at the information point. Can gatherings of less than 1,000 people be cancelled?

Yes, local authorities have the power to ban an event of less than 1,000 people if they consider it a health risk.

At present this depends on where you are.

In the six 'cluster' zones – Ajaccio in Corsica, Morbihan in Brittany, Mulhouse in the départements of Haut-Rhin and Oise and two communes in Haut-Savoie – restrictions are more stringent and cover all public gatherings including markets, community group meetings and church services. Schools are closed in the Oise and Haut-Rhin départements and swimming pools closed in Haut-Rhin.

These measures could be extended to other parts of France if more cluster zones develop, or i it is deemed necessary once France reaches 'stage 3' – a full epidemic.

READ ALSO: What to expect if France declares an official coronavirus epidemic

How long will this restriction go on for?

We don't know as obviously it depends what happens with the situation with coronavirus.

French ministers have stressed the need for “proportionality” in their response, but are also aware of the need to limit the spread of the infection. Because coronavirus is a new illness no-one quite knows exactly how long outbreaks usually last for, but looking at the situation in China it seems that infection rates drop off after around three months.

The Paris tourist board has begun a list of the Paris events that are cancelled here.