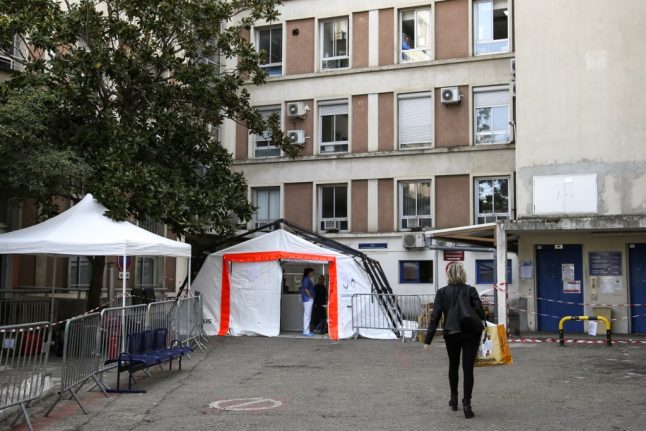 Ever since the outbreak began over the border in Italy, French health chiefs have been clear that sooner or later France would face an epidemic. While the country is still officially in stage 2 – pre-epidemic – containment measures have been stepped up and these are likely to have a much bigger impact on daily life than those in place before.

Here's a look at the main ones

From Monday, all schools, universities and nurseries in France will close. Some areas in 'cluster zones' had already closed their schools, but this is nationwide. There was no end date given for the closure.

Macron simply said they would remain closed “jusqu'a nouvel ordre” or in other words “until further notice”.

This will obviously have a massive impact on working parents as well.

We explain a little more here about the rules for working parents, but Macron in his speech told bosses they must allow employees to work from home if it is at all possible.

For those whose job cannot be done from home and who cannot organise childcare, they are entitled to 20 days paid sick leave, by special government decree.

This is likely to have a knock-on effect on many businesses, however, and expect to see more shops, offices, restaurants and tourist attractions either closing or reducing their hours.

Paris transport operator RATP had already worked out a contingency plan for operating with fewer staff than normal (as driving or bus or a Metro is one job that cannot be done from home) so some services may be running a reduced timetable from Monday.

Apart from possible reductions caused by staff having to stay home and look after their children, public transport is not affected by the measures. Macron said it was impractical to stop services, but asked people to consider whether their journey was really necessary.

The president also told all people who are over the age of 70, disabled or in poor health to stay at home as much as possible and limit their interactions with other people.

There was no suggestion of lockdowns of the type seen in Italy, where people need to provide a justification for being out of their homes, but Macron has stressed that these are the most vulnerable groups to the virus.

While this will be necessary for parents without childcare, the president said that everyone should do this if they can, and should in general try to limit their movements as much as possible.

Social events were not specifically mentioned, but the president called on everybody to take responsibility and “respect the advice the government has given you”.

Even with the advantages of remote working and paid sick leave, there is no doubt that the restrictions are going to hit many businesses and individuals hard. Macron has announced a package of measures to try and alleviate this, including partial unemployment benefits for people whose income drops dramatically during the outbreak and and tax breaks for businesses.

The trève hivernale, the winter truce during which debtors cannot be evicted from their home or have their utilities cut off, will be extended by two months. It was due to end on March 31st.

Polling for local elections is scheduled for Sunday, March 15th and Sunday, March 22nd and this will go ahead as planned – although voters have been advised to take their own pen.

Macron mentioned that staff at voting stations would ensure elderly voters would not have to wait in the queue for long.

READ ALSO What impact will coronavirus fear have on municipal elections?

France had already put some measures in place, and these of course remain in force. They are;

No gatherings of more than 1,000 people

Announced on Sunday night, this tightened the previous restriction on gatherings of more than 5,000 people in enclosed spaces.

The new restriction is nationwide, but there are exceptions for competitions, public transport and demonstrations.

The France v Ireland Six Nations rugby match planned for March 14th in Paris has been postponed until October and events including concerts, trade fairs and conferences will be cancelled.

Organisers of the Paris Marathon had already announced that the event is postponed until October.

Disneyland Paris will close until at least the end of March after three staff members tested positive for the virus.

Some of the bigger tourist attractions including the Louvre, Musée d'Orsay and Versailles are also limiting visitor numbers, so people are advised to check with the attraction in advance.

MAP Which parts of France are the worst affected by coronavirus? No gatherings at all in some places

There are nine parts of France that are declared 'cluster' zones which have the highest number of cases, and these have more stringent restrictions.

They are; Morbihan in Brittany, Calvados in Normandy, two areas of Haute-Savoie in eastern France near the Swiss border, the départements of Oise and Haut-Rhin in north east France, the southern département of Aude, part of Montpellier and the island of Corsica.

In these places there is a ban on all public gatherings including markets, community groups and church services.

The official advice is that only people who are sick, who are self isolating after having been in contact with a patient or having recently returned from an affected areas, or people who are caring for a sick person need to wear a mask.

Everyone else does not to wear one and masks do not protect you from the virus – they are to stop people potentially infecting others. The government has also moved to cap the price of hand sanitiser gel at €3 per 100ml after shortages and price hikes.

La bise, the French double (or treble) cheek kissing gesture should not be performed, says the government, and neither should people be shaking hands.

The elderly appear to be the most vulnerable to the virus, the majority of people who have died in France so far have been in their 70s, 80s and 90s, many with serious underlying health conditions. In order to protect older people as much as possible, the government has advised people to avoid visiting older friends and relatives and potentially infecting them. Visits have been banned in the country's Ehpad retirement homes and care facilities.

Everyone in France should be following this basic health advice.

The population is asked to “show solidarity” with the elderly and vulnerable by adhering to health measures that help avoid the spread of the virus.

The French government has set up a “green number” that people can call for any non-medical coronavirus-related questions.

If you have recently travelled to China (including Hong Kong and Macau) South Korea, Iran or the Lombardy, Emilia-Romagna or Veneto regions of Italy, authorities are asking you to self isolate for 14 days.

READ ALSO Coronavirus: What are the rules on self isolating?