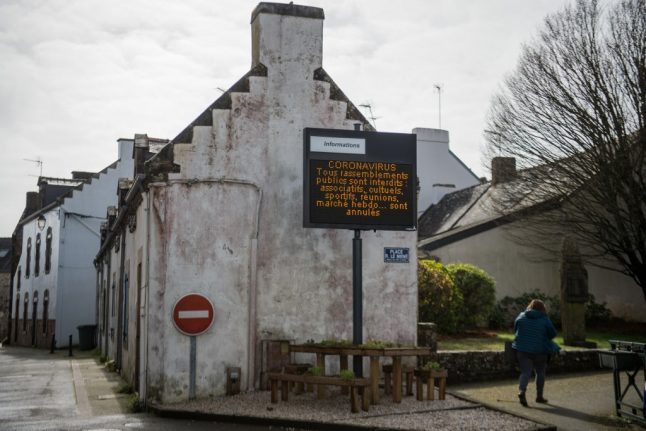 The French government has already taken several measures to control the spread of coronavirus, but the question many of our readers are asking is about quarantines or lockdowns – are they likely to be introduced?

Where is on lockdown?

Even in Italy – the European country by far the worst affected by coronavirus – the whole country is not on lockdown by any means.

The Italian government has brought in far-reaching quarantine restrictions, but only in the northern part of the country.

The rest of the country has no such restriction, although large gatherings including football matches have been cancelled or forced to take place behind closed doors, schools closed and elderly people – who seem most vulnerable to the virus – advised to stay at home.

But for the most part life continues as normal – transport is still running, people are going to work, the majority of schools remain open.

So what's the situation now in France? Only people who have travelled to an affected zone or been in contact with a confirmed case need to self isolate or wear a mask. Photo: AFP

At present France is in stage 2 – pre-epidemic – and the government has brought in some measures to try and contain the spread of the virus.

Everyone in France should also be following this basic hygiene advice

There are also several 'cluster zones' in France which have a high number of cases and in those areas the restrictions are a little more stringent:

And what's likely to happen next? The French government is having regular meetings on the latest coronavirus developments. Photo: AFP

France is currently in the pre-epidemic stage, but ministers have been saying for some days that moving to stage 3 – a full epidemic – is highly likely.

While this sounds quite dramatic, it's worth pointing out that France regularly declares an epidemic of seasonal illnesses such as flu and gastro and the country has in fact been at epidemic level for flu since the start of February.

Nevertheless, the epidemic designation does raise the possibility of more stringent restrictions on everyday life.

These will be decided on the basis of need and it's likely that only some areas of France will be affected, but some of the things that could happen are:

Closing schools and universities – at present the education minister, Jean-Michel Blanquer, says this would not be necessary even if France does move to stage 3. It is likely that would happen only in areas that have particularly high concentrations of illness. Many regions of France have only a handful of cases at present.

Travel restrictions – at present there are no travel restrictions and transport minister Elisabeth Borne says there is “no question” of stopping the trains from running. Public transport in cities such as Paris is currently running as normal but there is provision within the emergency planning to introduce restrictions if necessary.

Flights in and out of the country are also running as normal, although the French government has advised its citizens against non-essential travel, particularly outside the EU. British Airways has cancelled a number of flight to France, although this is due to falling demand not to health restrictions, and Air France said anyone worried about coronavirus can cancel their flights free of charge.

Healthcare planning – by far the greatest concentration among authorities is making sure that the country's health system is prepared to cope with a large number of cases with extra funding, opening of new sections of hospitals and enacting existing emergency plans. If stage 3 is declared patients with less serious conditions could be discharged from hospital and non-emergency operations could be postponed.

What's the message from the top?

France's leaders are also keen to keep the country functioning as normally as possible.

Health minister Olivier Véran on Friday told French newspaper Libération: “We will not paralyse the economic and social life of the country.

“When the epidemic is here, it is above all a question of organising the emergency and care systems, and ensuring the continuity of state services, without preventing citizens from living.”

Extra restrictions will be decided on a regional level, he added.

While all 12 mainland regions of France have at least one case, some have reported very small numbers.

It's also worth pointing out that French administrative regions are pretty big – for example Nouvelle Aquitaine is roughly the same size as the country of Scotland – so it's highly likely that only certain parts of each region would be subject to the restrictions.

Authorities say there are currently no plans for widespread quarantine or lockdown measures.