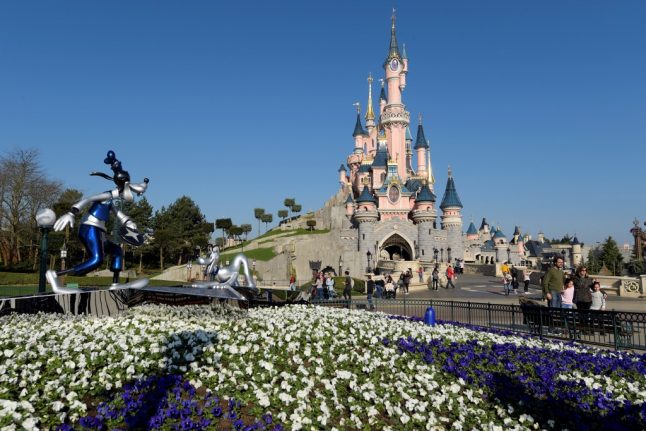 READ ALSO Coronavirus and travel – what is the situation for France? It seems that American citizens are not covered by it, neither are people who travel from France to the US via the UK, nor are flights from the US to France. However it's early days and it's possible that some of these loopholes will be closed in the coming days. So while it's still possible for Americans to come to France, they might face some problems getting back.

City public transport is running as normal, although it's possible that some services may be restricted from Monday because of the closure of the schools (more on that below).

That said, if you would rather avoid the Metro altogether and stay out in the fresh air, Paris has lots of transport alternatives.

France was the first country in Europe to confirm a coronavirus case, back on January 24th. That initial outbreak was limited to 12 people – all but one of whom had recently travelled from China. Eleven recovered and one – an 80-year-old man – died.

There was then a pause of almost two weeks until a more serious outbreak occurred in neighbouring Italy, which has gradually spread to France until the infection toll rose to nearly 2,300 and 48 people have died. If you do come to Paris, don't miss out on having a cheeky snog by the Eiffel Tower. Photo: AFP

At present the cases are largely concentrated in 10 'clusters' – Mulhouse in the Haut-Rhin département in eastern France, Oise in the north east, Morbihan in Brittany, two areas in Haute-Savoie in the Alps, the entire island of Corsica,the Aude département in southern France, Calvados in Normandy and eastern Montpellier.

A tenth cluster was a tour group that had travelled to Egypt, with 13 people testing positive for the virus.

The Île-de-France region – which includes Paris and its suburbs – has confirmed more than 500 cases, although many of those are people who actually contracted the illness elsewhere but were then moved to one of the specialist hospitals in Paris.

How has this affected daily life in the capital?

The French government has banned all public gatherings of more than 1,000 people.

This includes concerts, performances at Paris Opéra and some large sporting events. The Parish Marathon and the France v Ireland Six Nations rugby match have both been postponed until the autumn while football fixtures are going ahead but being played behind closed doors.

READ ALSO Coronavirus events ban – what has been cancelled in France?

Most Paris tourist attractions remain open but some of the larger sites including the Louvre, Musée d'Orsay and nearby Versailles are limiting visitor numbers. People are advised to heck with the individual attraction and buy tickets online in advance.

Disneyland Paris is closed until the end of March after three staff members tested positive for the virus.

A package of measures announced by President Emmanuel Macron on Thursday are likely to have a more indirect effect on the capital.

All schools in France will close from Monday. The fact that many parents will have to stay home and look after their children could lead to businesses having to close or reduce their opening hours.

Macron also asked the French people to “take responsibility” and limit their social interactions as far as possible, so it is likely that bars and restaurants will be quieter than usual, although there is no ban on their opening.

The government has also advised people to avoid shaking hands and doing la bise (the distinctive French double kiss greeting) and told over 70s, disabled people and those with long term health conditions to stay at home.

The Local's Ben McPartland explains to The Earful Tower podcast the latest on the situation in Paris.

Should I wear a mask when I'm in Paris?

No. The French government's advice is that only medical professionals, those who already have the virus or those who are self isolating need to wear a mask. Anyone else does not need to wear one and they do not protect against the spread of the virus.

After a spate of panic buying of masks that created shortages for those who genuinely needed them, the government has stepped in to requisition mask supplies and distribute them. Hand sanitiser gel is advised, although stocks have been running low and the government has now capped the price at €3 per 100ml. The French government has now requisitioned masks and is distributing them to those who need them. Photo: AFP

Hotels, bars and restaurants reported a significant dip in takings as Parisians decided to stay home in the evenings rather than chancing the few transport services that were still running.

The hardship came on top of a year of 'yellow vest' protests in Paris, which also put some people off from travelling to France.