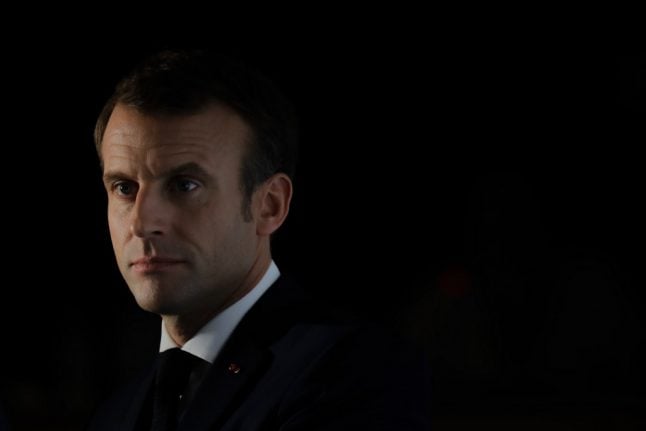 President Emmanuel Macron's decision to force through the pension reform could have him suffer a blow during the next presidential election, according to French political analyst Bruno Cautres. Photo:

French President Emmanuel Macron’s party this week won one of the last battles in the fight to push through controversial pension reform plan.

After weeks of strikes and protests the bill has finally been passed through parliament – although not before the government was forced to resort to Article 49.3 after opposition MPs attempted to force it out by tabling hundreds of amendments.

READ ALSO What is Article 49.3 and does it mean more strikes?

It was a huge political step towards implementing the pension reform and it seemed a victorious moment for Macron and his government, although the bill does still have to pass through the Senate.

But French political analyst Bruno Cautres said it was not quite an unequivocal victory for the embattled French president.

“Voters will not forget this,” he said.

Cautres is a Sciences Po University lecturer and a researcher on French public opinion at the Cevipof institute.

“There’s a feeling in France that we are in crisis,” he said.

Less palpable today than during the height of the strike movement in December, France remains divided. The government's decision to strong-arm the pension reform through parliament will deepen this division further, predicted Cautres.

“Those who support Macron will say it’s good that he goes all the way to implement his policies. Those who oppose him will say it’s proof that there is no way to have a dialogue with this government.” At the same time, the actual physical proof of those numbers – the people taking to the streets – has dwindled.

As French MPs voted on the government’s use of the controversial constitutional weapon known as Article 49.3 (read about that here), the protest movement seemed reduced to a ghost of its former self. Public transport was the hardest hit by the strike movement in December and early January. Photo: AFP

But Cautres cautioned against drawing any conclusions based on the slump in turnout, as those who had borne the brunt of the strike movement – rail workers in particular – had suffered a heavy financial loss during their strike action, with many unable to lose any more than they already had.

“There is no broad support for the the reform in France today,” Cautres said.

“There is a consensus for doing away with the special regimes, but not on the rest of it.”

The government could be punished heavily for this in future elections, Cautres said, as “people know that this reform will have them working longer for less.”

While the broad lines of the reform are clear, the details are not.

Cautres said the unions “needed a win” during the conference on how to finance the reform, which was ongoing, to prevent this from being a big blow to their already weak support.

“Only about 27 percent of French people have confidence in the unions,” Cautres said.

The pension reform bill has now been passed to the French senate and will then be voted on in late spring or early summer.