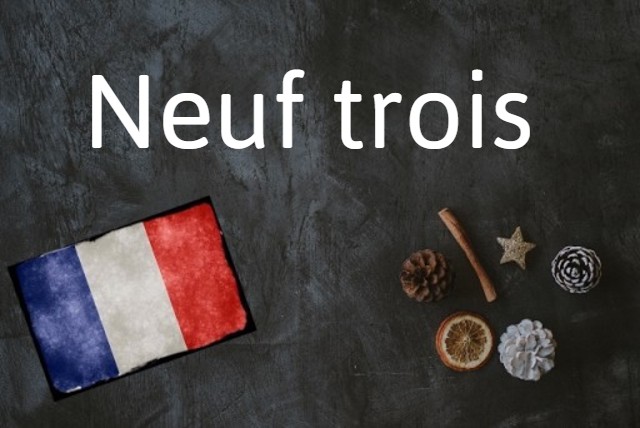 Why do I need to know neuf trois?

It's a bit of slightly niche slang that's very much in vogue at the moment since making it to Hollywood.

Well as even a beginner French learner can tell you, it literally translates as 'nine three' but if you're referring to someone as a neuf trois it's not a comment on their age or their size.

The phrase comes from the French system of numbering départements. Every département in France has a two-digit number that forms the first part of your code postal.

And French people frequently refer to their départements by number as well as by name.

And if you're referring to a départment number you say the full number – so sixteen not one six.

But there is one exception to this rule – Seine-Saint-Denis, one of the three départements that circles Paris.

Its département number is 93 so people can and do say quatre-vingt treize. But if you want to sound a little more street you can also refer to it as le neuf trois.

The reason that neuf trois has gained a wider meaning is that Seine-Saint-Denis has a certain reputation.

It is the most deprived département in France and scores high on indicators such as crime, unemployment and poverty.

Not all of it is like this, of course. Paris' trendiest suburb – Pantin – is in 93, as is the arty area of Montreuil and the more family-friendly Les Lilas, but it does undeniably have some rough areas, one of which – Montfermeil – is the subject of the Oscar nominated film Les Misérables.

READ ALSO: Banlieue boom – No Paris suburbs are not all deprived and crime-ridden

But its gritty reputation has also made it pretty cool – apart from the film there are also lots of musicians from Seine-Saint-Denis as well as quite a few footballers, including World Cup hero Kylian Mbappé.

So while people might not want to live in some of its more deprived areas, some do aspire to the style of the people from there.

So if you refer to someone as a neuf trois you're basically saying that their style is a bit ghetto or a bit gangsta, like the group below (and if you like what you see check out the Facebook group 'Rap du neuf trois' for more groups from the area).