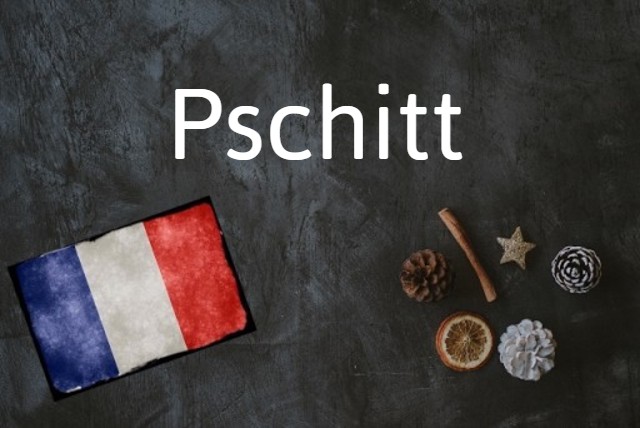 Why do I need to know it?

It doesn't sound like a real, French word – but it is. And it's a pretty useful one at that.

Say you have a huge balloon. Then, imagine someone pokes a hole in the balloon, just big enough for it to deflate rather quickly. That’s pschitt.

But it can also be used metaphorically to describe a big moment that has deflated or become a let-down.

The French online dictionary l’Internaute defines it like this:

Pschitt is used about something that is disappointing. For example when you have high expectations of an event, everyone talks about it, but then it turns out to be boring.

Let’s say you are a supporter of Mike Bloomberg as a Democratic candidate for the next US presidential elections, hoping he'd do big wins during 'Super Tuesday'.

Ben, malheureusement ca a fait un peu pschitt. – Well, I’m afraid it was a bit of a flop.

Or, that you are a French unionist hoping that a motion of censure in the French parliament would have the tables turned, force the government to resign and scrap the pension reform.

Or say you live in Paris and wanted the former government party candidate, Benjamin Griveaux, elected as mayor in mid March.