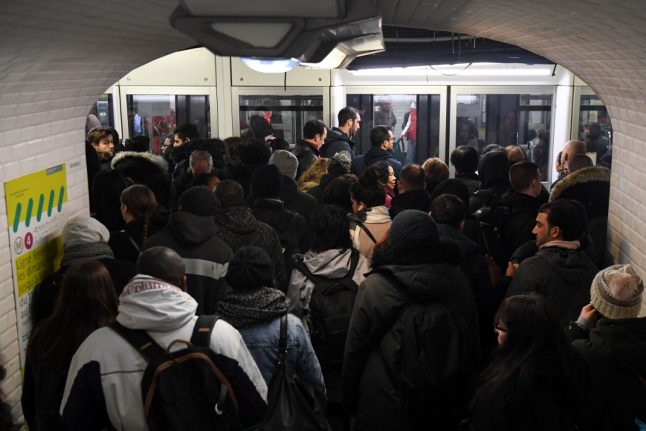 December was a dark month for commuters in the Paris region. With the capital's public transport system severely disrupted by the mass-strike movement protesting the government's pension reform, commuters had to find alternative ways to get to work or squish themselves into the few jam-packed trains or buses that were running.

As a compensation Ile-de-France Mobilités (IDFM) announced that they would fully reimburse anyone who purchased a Paris public transport seasonal ticket – known as Navigo passes – for that period.

Customers may claim a refund on the website mondedommagementnavigo.com until March 12th. Any applications sent in after that date will not be taken into consideration. The site will stay open after that date, but only go through the ones already sent in. All purchasers of December Navigo passes will be entirely reimbursed. Subscribers to annual 2019 passes get a refund corresponding to the December expenses. Special passes like Solidarité, Imagine R and Navigo senior were also included in the plan.

Single tickets and short-term subscriptions would not be reimbursed.

Good news. You just need to enter your name, date of birth and your Navigo pass number. In some of the special offers (like Navigo Découverte) your could be asked for your home address and a picture of your passport.

IDFM warned customers of fraudulent sites pretending to hand out reimbursement quicker than the official site, which in reality were stealing personal information from those who filled out the forms.