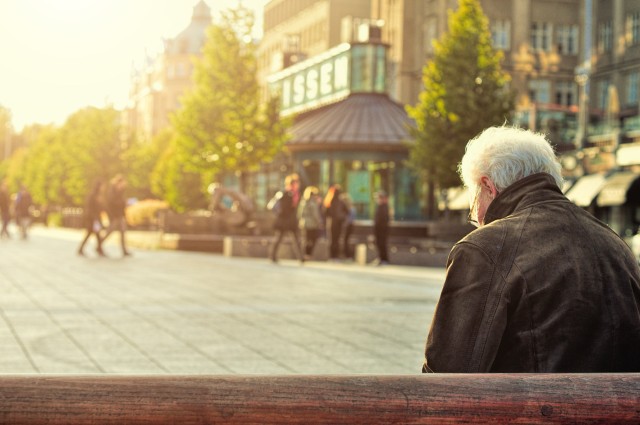 Photo by Huy Phan on Unsplash

The citizens' rights group Remain in France Together (RIFT) has been carrying out surveys among the British population in France, and has found many people living in precarious circumstances who are to afraid to apply for residency during the Brexit transition period.

The Withdrawal Agreement covers anyone who is resident in France before December 31st 2020 and allows them to stay in France – provided that they meet the criteria for legal residence.

READ ALSO So you're living in France, but are you legally resident? But it's this caveat that has got people worried.

Even before Brexit, there were always some conditions attached to freedom of movement – and one of them was that people needed to prove that they can support themselves and are not likely to become a burden on the French state.

However, because France does not require EU citizens to register for residency – in contract to most other European countries – many people were unaware of the condition. The lack of registration also means that no-one knows exactly how many British people live here – estimates are between 150,000 and 300,000.

There is no absolute limit on what people need to earn to be allowed to stay. The French government has published a guideline figure but the Withdrawal Agreement states that each case must be decided on its own merits and other circumstances – such as owning your own home – must be taken into account.

But there are still a significant number of British people on very low incomes who are now fearful that they will not meet the criteria.

These include pensioners on low incomes, self-employed people with a precarious income and those whose ill health has affected their earning ability. RIFT's acting chairman Andrew Dewar said: “Because of Brexit and the policies of successive Conservative governments in the UK over the last decade, British residents in France find themselves in a desperate situation.

“Our members worry and live in fear of what the future holds for them. They came to France to live their dream of a better life for themselves and their family within the European Union. Brexit and its consequences now threaten that dream. And for many, they have nothing in the UK to go back to, their home is here in France.

“The recent declaration by President Macron that he would protect and defend the British in France is genuinely appreciated. This report is aimed at helping the French government make a success of integrating the British residents in France, it is a warning of the potential pitfalls ahead.

“RIFT will work constructively with all responsible parties to ensure a successful outcome. It is in this spirit that we have published today’s report. We have to succeed, all of us together, failure is not an option.”

RIFT is not the only group to be concerned about vulnerable British people living in France – the UN is currently recruiting for staff to set up an operation in France to help vulnerable people navigate the sometimes complex processes that will be required.

The French government has said that all British people in France will need to register for residency via a new online system.

Those who already have a carte de séjour permenant (permenant residency card) will simply use the online portal to swap their card for a new one, everyone else has to make a fresh application.

The site will not go live until July this year, and British people then have until June 2021 to get their applications in.

Justine Wallington, Co-Author of the report and RIFT Administrator, added: “This report is truly shocking as we could be looking at a potential humanitarian emergency  in France.

“Our members’ vividly expressed fears and concerns in this report show just how urgent it is to stop their uncertainty.

“They have suffered for over three years not knowing if their families can stay together; if they can stay in their homes; if they can have medical care and if their incomes are secure.”

Here are some of the people that approached RIFT with their fears.

RT: “In August my husband was diagnosed with a brain tumour that is inoperable – his prognosis is 12-18 months from diagnosis. Devastating and terrifying.

“I am caring for him full time so am not working and have no income of my own. By the time the process goes through he will very probably be gone and I have no income, one child at university and one child in school. I will not meet the criteria for staying and I am very, very scared.”

Too ill to work

MP: “I have been in France for 16 years – all low income but I was a homeowner with a partner. Now the house is sold due to impending divorce and I have no current income due to serious illness. I should be entitled to aid but I'm too scared to chance it.”

JGA: “I meet the criteria for staying at the moment but my job isn't secure, my home is just about habitable, I am the wrong age, with dependents and have no safety net. I try not to think about the future, it scares the hell out of me.”

ASJ: “We bought a B&B in 2011 which we own outright. Our income was supposed to be from me running the B&B and my husband getting work in the building trade.

“However in December 2014 he got blood cancer and has been unable to work since so our income is solely from the B&B. Even in a good year we only make €14k gross and have struggled to pay bills and keep our heads above water.

“I don't think we would have enough income to get a carte de séjour and the prospect of being sent back to the UK literally fills me with dread. I don't want to be overly dramatic but I am seriously concerned about my mental health.”

JG: “I've lived in France for six years, get pensions from the army and fire service of €1,000 a month. We own our own house but the money is all mine so I worry that if I drop off me perch my wife is utterly penniless.

“Currently trying to find work as an HGV driver to get some savings for when I go and join the choir invisible. However all the work I've been offered is international and nobody knows if I'll be allowed freedom of movement as a worker in Europe on a UK passport.”

If you are concerned about your position in France, head to our Dealing with Brexit section for the latest information on residency, healthcare, driving and pensions.

RIFT also offers information, support and advice on all matters concerning citizens' rights on its website and Facebook page.