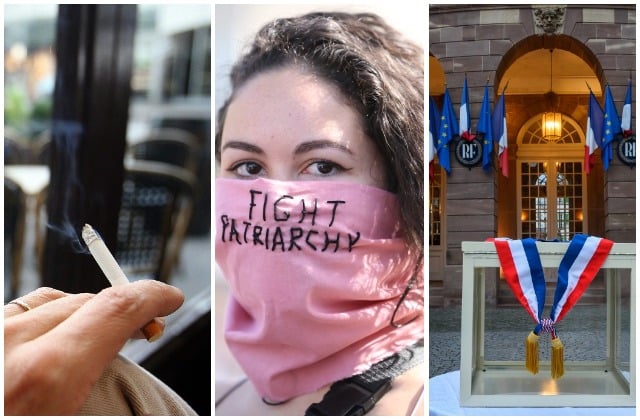 Gas prices continue to drop in March, as they did in February.

The total decrease will be 4.6 percent, 4.8 percent for households depending on gas for heating, 1.2 percent for those using gas for cooking, and 2.70 percent for homes ticking both boxes.

Since January 2019, gas prices have dropped on average 18.6 percent, according to the French Energy Regulation Commission (CRE).

We will officially be entering summer territory – at least time wise. Prepare to put your clocks forward on March 29th, towards summertime (meaning everyone gets one hour less sleep that night).

Sunday, March 8th is the day where people all over the world celebrate the fight to achieve a gender equal world.

French feminist groups have called for a day of protest marches in several French cities. In Paris, the main march will leave from Place d'Italie at 2pm. Organisers are also planning a “giant picnic” from before the march, but that is yet to be confirmed. In another push to make smoking a more expensive habit the government is raising the price of a regular 20-cigarette pack to €10 on March 1st. This is the culmination of a three-year plan including gradual price rises to hit the goal of €10 per pack.

March is also the month where France elects a new crop of local public officials. The municipal elections will be held in two rounds, on March 15th and March 22nd (both Sundays).

Remember that, unlike in the presidential elections, European Union citizens living in France have the right to vote in local elections.

In Paris, the race to the Mayor’s seat has been anything but boring, kicking off with a sex-scandal involving a close aide of the President, a young French law student and a Russian artist most famous for nailing his scrotum on the Red Square in Moscow.

Read about the five different candidates' plans for the capital here. Mayor Anne Hidalgo is running for re-election in Paris for the Socialist Party. Photo: AFP

Also changing this month are the rules for passing a driver's licence for mopeds.

Whereas candidates until now have had to undergo an oral exam, this will be scrapped on March 18th and replaced with a questionnaire containing 40 questions about driving a moped.

These changes will be accompanied by an 10-minute extension of the practical driver’s test (from 30 to 40 minutes), along with stricter rules for how many points the candidate must get to pass (21/27 instead of 17/21) what candidates can wear when passing the test.

We still don’t know what exactly is happening to the government’s plans to radically overhaul the French pension system – the plan that had unions take mass-strike action in December and early January.

READ ALSO: Are there really 'no strikes any more in France'? Not quite

The government wants to have the whole bill read through in Parliament before the municipal elections mid-March.

But the opposition has been sending in thousands of amendment requests, causing severe delays to the hearings. We should know in the first couple of weeks of March whether the government will choose to force the legislation through, bypassing Parliament with the infamous article 49.3 in the French constitution.