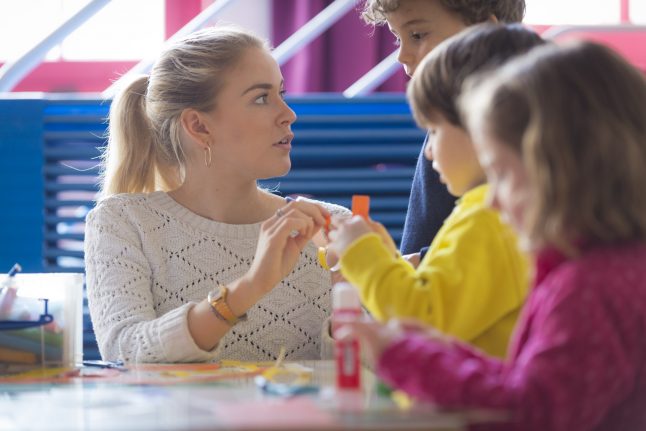 “There are no hard and fast rules about bringing up bilingual children because every situation is different,” says Derek Ferguson, Director of Roaming Schoolhouse, a language school offering after-school classes and holiday camps in Paris and Lyon for English-speaking children.

That being said, there are methods you can try to improve your child’s language acquisition, Derek says.

DO: Speak in your native language to your children

If you’re living in France, it’s more than likely your child’s majority language is French. This makes it tempting to speak to your child in French, even if you're a native English speaker. Derek recommends sticking to English even if they speak back to you in French. Persevere, he advises, “as they will understand.”

There are many ways to bring English into their daily lives: bed-time stories, trips to English-speaking countries, arranging regular video chats with grandparents, audio books, or – as a last resort – watching videos in English.. DON’T: Panic if it takes your bilingual child longer to start speaking

It might take longer for your child to start speaking in either French or English, but Derek says that this is perfectly normal. Bilingual children may develop each language at a slower pace because there’s more to take in.

The quality and quantity of language exposure can influence language acquisition so parents should speak and read to their children in their native languages as often as possible. Sending them to after-school English lessons can help them improve their English as they get more regular exposure to the language.

You should also consider holiday camps like those run by Roaming Schoolhouse, that can help to build their English language skills in a fun and non-traditional setting. Camps are an immersive experience, each with a unique theme and comprised of an intensive week of activities, including drama, sport, art, science and, of course, English, for children aged 4 to 14.

There’s no definitive manual for raising bilingual children. What works well for some families may not work for others. The best thing you can do is trust your instincts and go with what you think will work best for your situation.

“You understand your child better than anyone,” says Derek. “There are plenty of people out there with an opinion, most of whom have never raised a bilingual child: doctors, teachers, and well-meaning grandparents, for example. By all means listen to them, but go with what you think is right. And if your situation changes, re-asses and change your language options.”

Whether your children choose to speak English or French with each other is up to them. Bilingual children use their languages for different purposes and with different people. Their relationship with you is one area of their lives but their relationship with each other is another. Try not to steer them; leave them to decide which language they would prefer to communicate in.

DO: Let them mix the two languages

There’s an oft-repeated myth that mixing languages should be avoided. But that’s precisely what it is: a myth. In fact, studies have shown that ‘code mixing’ can be a demonstration of flexibility and interpersonal skills. Bilingual kids need to learn two sets of vocabularies and two lots of grammar which means that, when trying to express themselves, they often pick the word or the expression that comes easiest. It’s a normal part of language acquisition says Derek. “If anything, it shows the flexibility of the brain. And being flexible in your language skills is a good thing”

With more exposure to the minority language comes more facility with vocabulary and syntax. Roaming Schoolhouse's after-school classes, which currently run in Paris with plans to launch in Lyon in 2020 or 2021, and the holiday camps (in Paris and Lyon) are a great way to expose your child to English and a more varied English vocabulary than they might use at home. Bilingual children commonly mix up grammatical structures, it’s part and parcel of learning two languages at once. Avoid correcting every little mistake as this may damage their confidence; likewise, try not to correct them in front of other people or if they are trying to tell you something important. Rather, use the correct expression, modelling the appropriate language when you respond to them or wait for them to ask you if they have said something correctly. Building up their confidence in their minority language is the first step to helping them master it.

Most of all, DO take advantage of the opportunity for your children to explore the world bilingually and biculturally while they are young, it really is a pleasure; and DON'T panic: half the world is bilingual.

This article was produced by The Local Creative Studio and sponsored by Roaming Schoolhouse.