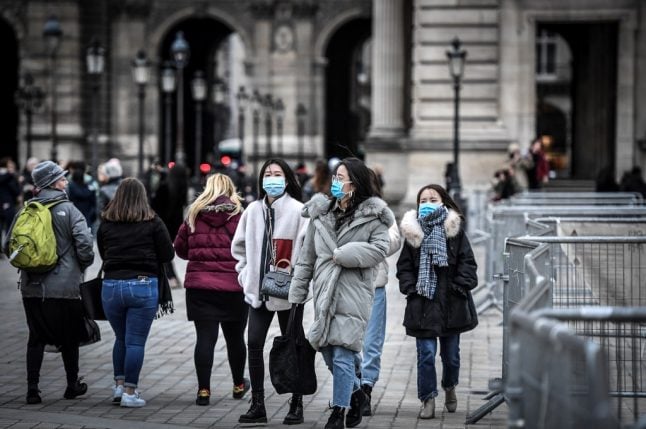 France's new health minister Olivier Véran has confirmed that the number of confirmed cases in France now stands at 100, all but 12 of which have been diagnosed since the major outbreak began in Italy over the weekend.

Echoing the words of President Emmanuel Macron earlier in the day, he said: “We are preparing for an epidemic.”

He added: “We are now moving to stage two. The virus is circulating in our country and we must stop its spread.”

France has launched a special hotline number so worried members of the public can seek help and advice that is manned 24/7. The number is 0800 130 000. The emergency number 15 should only be used if the a member of the public believes they are suffering from a medical condition linked to coronavirus.

READ ALSO Coronavirus: The everyday precautions you can take to stay safe in France Of the 88 new cases announced this week, nine people are in a serious condition, including two who had both recently returned from Egypt as part of a tour group.

The official total of 100 includes 11 who fully recovered from the virus earlier this month and 2 fatalities, one a 60-year-old teacher from northern France the other an elderly Chinese tourist.

Jérôme Salomon, Director General of health, said that the new cases were all close associates or family members of the cases diagnosed earlier in the week.

The biggest cluster is in the Oise département, the home of the 60-year-old technology teacher who died of the virus on Tuesday, and Haute-Savoie in eastern France.

There are also confirmed cases in Lyon, Strasbourg, Montpellier, Nice and the Seine-Saint-Denis département on the outskirts of Paris.

French authorities have been expecting a surge in the number of cases ever since the outbreak in Italy, but are concerned that the teacher who died had not travelled to an infected zone and had no obvious contact with anyone who had.

A hunt has now been launched to try and identify the 'patient zero'. “We are facing a crisis, an epidemic that is coming,” said French president Emmanuel Macron while visiting staff at the La Pitié-Salpêtrière hospital in Paris, where the first French person carrying the new coronavirus died on Tuesday.

“We know that we're only at the beginning… we're going to try with all our caretakers to make the right decisions,” Macron said alongside Health Minister Olivier Veran.

“You had a case here… I know this affected many of your teams,” he said, pledging to address the crisis “truthfully” so that measures can be taken “calmly”.

READ ALSO Coronavirus: What are the rules for self isolating and quarantine in France MAP Which Italian regions are worst affected by coronavirus?

In France authorities are asking people who think they may have coronavirus symptoms not to go to hospital or their doctor's surgery.