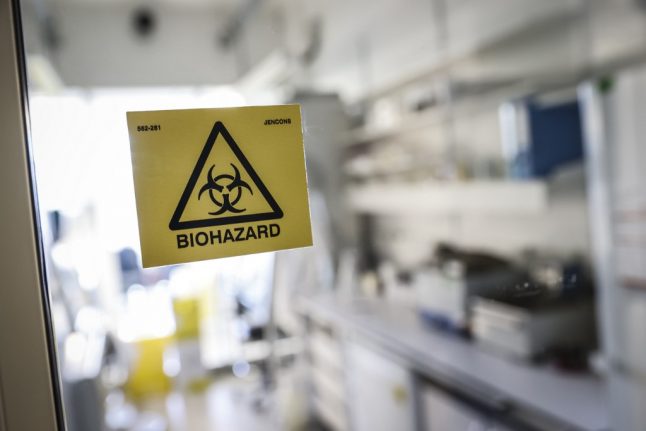 As authorities in neighbouring Italy struggle to contain the outbreak of coronavirus that has already claimed more than 50 lives, health authorities in France have told anyone who has recently returned from the affected regions – as well as people who have travelled from China, Hong Kong, Singapore and South Korea – to self isolate.

Follow all the latest developments on the situation in France here Italy is a popular holiday destination for French families, particularly during the February school holidays, so this is likely to include a lot of people. Many schools also run skiing and outdoor activity trips to Italy in February, so the edict has already affected several schools.

So if this affects you, what should you do?

What is self isolation?

Well firstly if you're self isolating that's not the same as being in medical isolation, so there's no need to brick up all your windows and install air filters.

The French authorities are merely advising you to avoid “unnecessary contact” and monitor your health. Trips to the shops are not banned, so there is no need to start stockpiling and panic-buying.

READ ALSO MAP: Which parts of Italy are the most affected by coronavirus?

The virus has a 14 day incubation period, so if you have recently returned from one of the infected zones, health authorities ask you to do the following for 14 days;

If you develop any symptoms during the 14 days, you should not go to hospital or your doctor's surgery. Authorities are worried about people potentially spreading the virus at medical centres. Instead call the ambulance – the number is 15 – and tell the operator it is a suspected case of coronavirus.
READ ALSO Coronavirus in France – what you need to know Only those in self-isolation are advised to wear masks. The rest of the population do not need to, and they do not protect against catching the virus. Photo: AFP
What are the rules around working from home?
Obviously not every type of job can be done from home, but for those who can work this way they can request it during this period, or companies can tell certain employees to télétravailler or work remotely.
As part of president Emmanuel Macron's 2017 reforms to loosen up France's labour laws regulations around home-working were also relaxed – a fact that many people in Paris took advantage of during the transport strikes in December 2019.
The new regulations actually contain a clause (Article L1222-11) saying that bosses can order their employees to work from home in the case of an epidemic or threat of an epidemic.
Given that the Health Mininstry's advice on self isolation includes mention of home-working, employers would be within their rights to order certain types of employee to work from home – either people who have recently returned from an infection area of people who work with clients from Italy, China or other badly affected areas.
If you have been told to work from home and you show up at your office anyway, you could be committing a disciplinary offence.
But under the French Labour Code if you are ordered to work from home you could be entitled to ask your company to cover the cost of your electricity and heating bill for the day, plus any other unusual expenses you incur.
If your job is not the type that can be don from home, then you are entitled to take up to 20 days sick leave if you are one of the groups that the government has ordered to self-isolate.
A decree published in the Journal officiel establishes the maximum of 20 days in this situation – even people people who are not sick. The days can also be taken by people whose children are barred from school through the self isolation protocols.
What are the rules for children going to school?
Children who have recently returned from a trip to an infected area are also instructed to self isolate – which for them means no school or creche.
Parents in French schools have already been sent messages advising that children should not be sent to school if they meet these criteria.
Many schools have also run trips to Italy during the February holidays, which means that the groups of students who went – and the teachers who accompanied them – have also been ordered to stay at home.
Currently around 2,000 schoolchildren are under self isolation.
So what happens if your child has been ordered to stay home from school?
Well employees are also entitled to request home-working from their boss if circumstances make it necessary. The Labour Code states that your boss can refuse your home-working request, but must give a reason for refusal.
If your boss refuses, or if your job is not the type that can be one from home, you are entitled to up to 20 days sick leave if your child has to stay home from school or nursery because of the self isolation protocols.
Will there be curfews like in Italy?
Italian authorities have imposed curfews and movement restrictions on around a dozen towns in the worst affected areas, in an attempt to stop the spread of the illness.
This has so far not been deemed necessary in France, but the country does have provisions to order such measures in its existing epidemic emergency plans.
Health minister Olivier Véran said authorities are monitoring the situation.
READ ALSO Hospitals, masks and borders – France's anti-coronavirus provisions