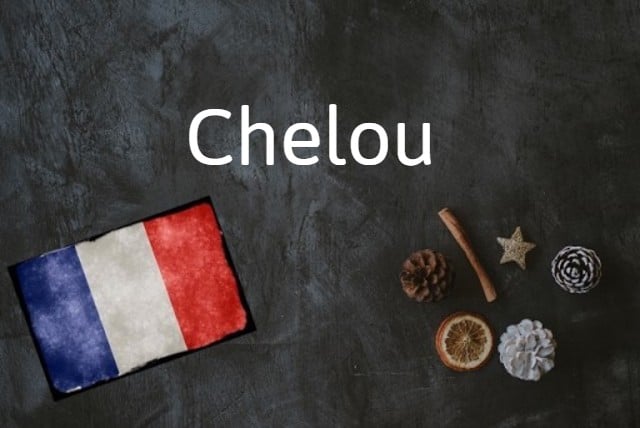 Why do I need to know chelou?

Young people say it all the time, but lately it has sneaked into the mouths of their parents too.

Chelou is an example of verlan, the vocabulary consisting of words French teens have taken and twisted into cooler versions of the originals (in this case louche).

It’s slightly stronger than the non-verlan version, often accompanied by ‘trop’ or ‘tellement’.

If you are discussing UK politics with French person and wish to explain the debate over chief adviser to the PM Dominic Cummings' controversial call for “weirdos and misfits with odd skills” to apply for new jobs at No. 10 – well, then chelou would be a way of translating the term.

After Boris Johnson was elected, Britain's new government issued a call for “weirdos and misfits” to apply to work at Downing Street. One of them did not last long. https://t.co/qhPw6wrhFW

Tu as vu comment il s’habille ? Trop chelou ! – Have you seen how he dresses? So weird!

J'en peux plus des mecs. Ils sont tous tellement chelous – I can't deal with men anymore. They're all so freaky

Ma copine est tellement cheloue en ce moment, je pense rompre avec elle – My girlfriend is so odd at the moment, I think I might break up with her

Other ways of saying chelou is (trop) bizarre or (très) étrange.

A word of warning

A teenager might say the definition of chelou is hearing a parent say it.

So if you're an adult maybe use chelou with other adults if it feels natural, but avoid using it when accompanied by teens (especially if said teens are your children's French teenager friends). No one wants to be  Mr or Ms 'trying too hard'.

READ ALSO Should foreigners (especially the over 30s) steer clear of verlan?