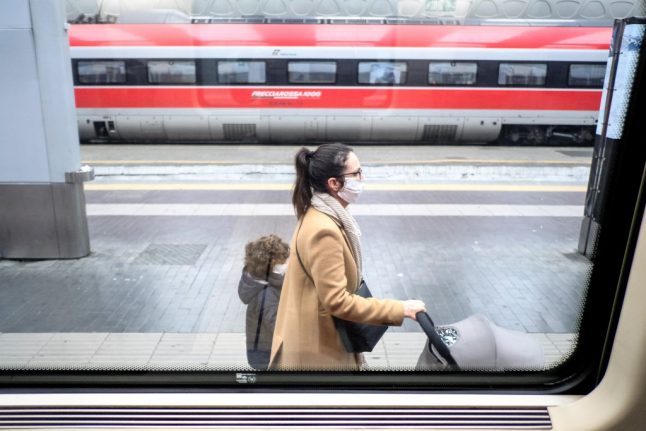 Italy had confirmed several hundred cases of coronavirus in eight regions – by far the largest outbreak in Europe so far. Twelve people have died of the illness, the first deaths of people who had contracted the virus in Europe (an 80-year-old man who died of the illness in France on February 14th was a tourist who had travelled from China before developing symptoms).

– 7 deaths confirmed, 4 of them today
– more than 4,000 people tested
– more than 220 cases detected
– rise in new infections slowing
– vast majority of people and places in Italy NOT affected ✅https://t.co/NWDw3eWLWH

Many Italian towns are now in lockdown as officials struggle to contain the spread of the virus. Here is what is happening;

An extra 70 hospitals are now prepared to receive and treat coronavirus patients.

Previously people with diagnosed or suspected coronavirus had all been sent to one of 38 university or specialist hospitals. Now a total of 108 hospitals – with at least one in each mainland département of France – have been prepared to receive, isolate and treat coronavirus cases.

Extra resources have been allocated for testing for potential cases of coronavirus and the testing capacity has been multiplied by three.

Health minister Olivier Véran said: “I have called the head of the University Hospital Institute of Infectious Diseases in Marseille, it is able to perform 1,000 tests per day in the area of Marseille alone. In the hospitals of Paris we are at 400 tests per day. We are going to be able to amplify the screening to be able to answer all the requests at that scale across France.”

In the early days of the outbreak pharmacies across France reported selling out of surgical masks, but former health minister Agnès Buzyn said these are not effective in protecting people from the virus.

The border between France and Italy will not be closed, ministers announced.  “It doesn't make much sense,” said Jérôme Salomon, Director General of Health. “Not to mention that you can travel by land, sea and air, or go through Italy and Austria.”

France had earlier in the outbreak ruled out temperature screening at airports, pointing out that the virus' long incubation period – up to 14 days – makes it ineffective. However there will now be additional information distributed to all passengers arriving from Italy about the symptoms to look out for and the procedure to follow in France. Borders will not be closed. Photo: AFP

Italy has placed 11 towns on lockdown in an attempt to contain the spread of the virus and imposed a range of curfews. When asked if France could do the same in case of a mass outbreak, Jérôme Salomon said it was “not impossible” and provisions are already in place for such measures under France's existing plans for pandemic flu.

However the minister added that there have been no new cases of coronavirus detected in the last week.

Véran said: “We are acting quickly, we are taking strong action to deal with the epidemic threat and we are taking all the measures necessary to ensure the safety of the French people.”

He stressed the “very evolving” nature of the situation and added that he had spoken with his Italian and German counterparts. “We have agreed to meet again with several EU Health Ministers probably next week to discuss together how to deal with the risk of an epidemic.”

The most recent cases in France all centred around the ski resort of Contamines-Montjoie, where a British man infected a group of people who stayed in the same chalet.

In total France has had 12 confirmed cases – one French healthworker, six people in Contamines-Montjoie and five people who had recently travelled from China.

One the patients – an 80-year-old Chinese tourist – died of the illness while the others all made a full recovery and all but one have now been released from hospital.

According to the WHO, more than 80 percent of patients infected with the virus have mild disease and recover, while 14 percent have severe diseases such as pneumonia. Only five percent of cases are considered critical.

Anyone who who believes they may have the symptoms of the illness – which include cough, headache, fatigue, fever, aching and difficulty breathing – should not go to hospital, instead health authorities are asking people to call an ambulance and tell the operator it is a suspected case of coronavirus. The ambulance number in France is 15.