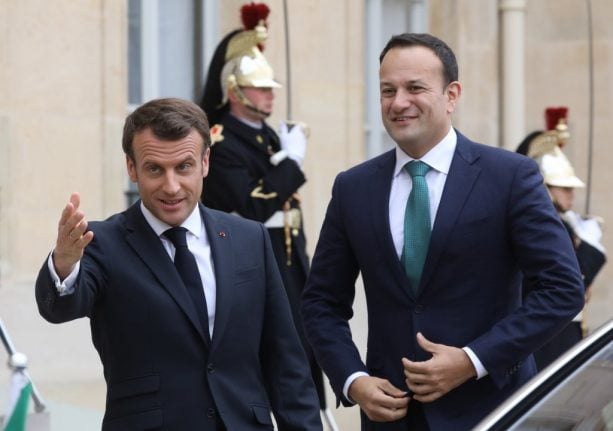 But consider for a moment the similarities.

Both Macron and Varadkar are youngish men with unusual backgrounds who seemed to represent a new, more modern kind of politics when they leapfrogged into office within a month of each other three years ago.

Both have presided over considerable, but uneven, economic success. Both are accused, unfairly, of being champions of the rich.

Both have become hate figures to Brexiteers because they stood up for the European Union – and their own country – against the bullying mistruths of successive British governments.

Both have been accused of speaking down to less well-off citizens. Both have created jobs and attracted investment but failed to spread the success to parts of their countries which have long felt abandoned.

Both are accused of neglecting or dismantling the country’s health and other social services.

Both face opposition from populist movements which have have sought to shake off wicked pasts with plausible, attractive female leaders. Marine Le Pen is the supposedly moderate face of her father’s far-right movement, which was once openly racist and anti-semitic but now operates through filters of anti-Islamism, anti-globalism and watered-down Euroscepticism.

Mary-Lou McDonald is the smiling, eloquent face of the political wing of the IRA, which has adopted a kind of Mélenchonist or beyond-Corbynbist hard-left  populism.

The Sinn Fein surge in Ireland has disproved the political truism of Bill Clinton’s strategist James Carville in 1992. “It’s the economy, stupid” has turned into: “No, it’s not just the economy stupid”.

Over 750,000 jobs have been created in France since Emmanuel Macron came to power three years ago. Foreign investment is the highest in the EU. Start-ups are booming. French exports are resisting the global down-turn in trade.

Some, not all, of this good news can be attributed to Macron’s reforms – and the Macron-inspired reforms pushed through by his predecessor, François Hollande.

All the same, Macron’s mid-term approval rate is an average of 32 percent and sliding – not much different from those of his two predecessors, Nicolas Sarkozy (who was defeated two years later) and Hollande (who chose not to run).

Macron’s unpopularity comes not from breaking his word but from keeping it. With the sprawling and badly-sold rebuilding of the state pensions system, he will have almost completed the programme of domestic reform on which he campaigned in 2017. Macron has presided over a period of job creation since his election in 2017. Photo: AFP

His unpopularity can be explained in several ways. Parts of the country have not shared in the relative economic boom of the last two to three years. His tone and manner are sometimes deeply irritating.

Macron has failed to turn his centrist start-up La République en Marche into a proper grass-roots political party – something for which he will pay in the municipal elections next month.

Almost everyone detests a centrist – especially in the country which gave the world the terms “left” and “right”. In a post-truth world, the bombastic, simplistic and mendacious always seem to trump (pun-intended) the managerial, the accurate and the complex.

But there are also purely French and longer-term political patterns which should worry Macron and his supporters.

Consider this extraordinary fact. Since 1979, every French government has been rejected by the electorate at the first possible opportunity.

President Valéry Giscard d’Estaing’s government won a parliamentary election that year. He was ousted by François Mitterrand in 1981.

In 1997, Chirac lost a snap parliamentary election. Lionel Jospin became prime minister. He was knocked out in the first round of the presidential election in 2002. Chirac was elected president again by a landslide against Jean-Marie Le Pen in the second round.

Chirac’s preferred successors were outmanoeuvred by Nicolas Sarkozy who won the presideency in 2007 but lost to François Hollande in 2012. Hollande was so unpopular that he chose not to run in 2017… Macron's reforms have not been felt evenly across France and many – like those original 'yellow vest' protesters – feel left behind. Photo: AFP

Some of the blame for this 40 year period of rejection and failure must obviously go to the politicians who were rejected or failed. But no other electorate in a large, industrial country, other than Italy, is so fickle as that of France.

For Macron to win again in 2022 would be an exploit – a kind of earthquake of stability. His present ratings and travails suggest that he is more likely to extend the above pattern of failure.

Does that mean that Marine Le Pen is likely to be President next time? I don’t think so. A re-run of the Macron v Le Pen second round in 2022 would be Emmanuel Macron’s best hope of victory.

If Macron is rejected, it will be in the first round – what one senior Macron supporter calls the “Jospin trap”.

If Macron was to repeat that performance in April 2022, he would fail to make the two-round run-off the following month. As things stand, there is no obvious centre-right or centre-left candidate who looks capable of edging Macron out of the second round in two years’ time.

That could change – especially on the centre-right.

Talk of a President Le Pen is, in my opinion, foolish. Talk of a single term for Macron may be premature but it is, recent history suggests, plausible. 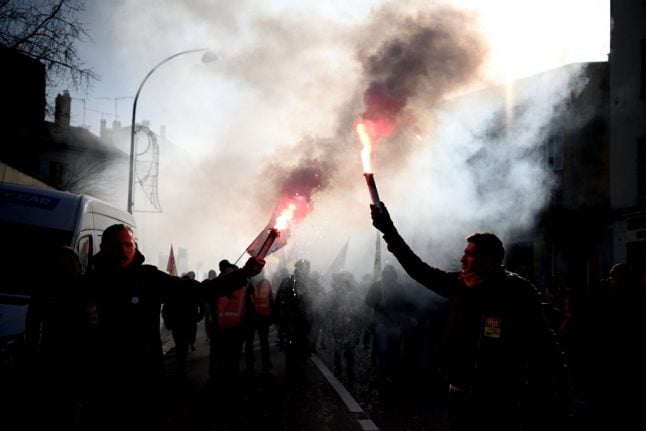 STRIKES
OPINION: Macron’s pension reforms are justified, but he has failed to persuade France

STRIKES
OPINION: Macron’s pension reforms are justified, but he has failed to persuade France
Url copied to clipboard!