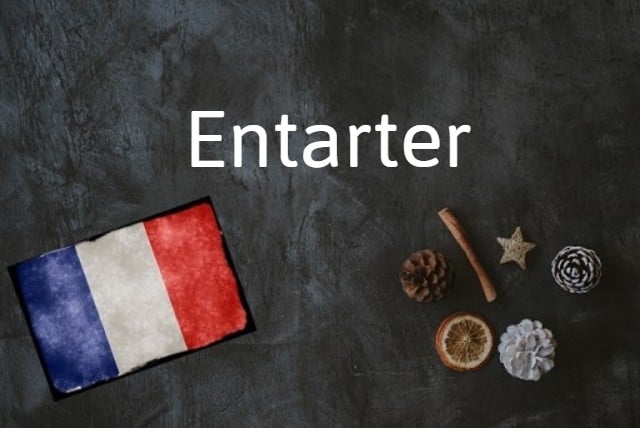 Why do I need to know entarter?

This is not only one of the coolest French expressions we've learned so far, it's also pepped with culture and political satire.

Entarter is French linguistics at its best. In some ingenious twist, the word tarte (pie) has been turned it into a verb that means ‘throwing a pie in someone’s face’.

There’s no such expression in English (although there should be).

READ ALSO: Nine French phrases that English really should have too

It’s easy. Use the word entarter as a regular verb.

Entarte celui qui le mérite le plus – Pie the person who deserves it the most. If the French have invented a word for throwing a pie in someone’s face, it’s not without reason.

Fun fact: entartage is also called attentat pâtissier, which Wikipedia defines as “crushing a cream tart (or, even simpler, a paper plate with whipped cream on it) in someone’s face during a public event.”

So entartage is a highly political act – of which a long string of famous faces have fallen victim.

Oh, sorry! Hollande was not entarté, but enfariné (‘thrown flour at’). Another peculiar French expression.

French President Emmanuel Macron has so far not been entarté, but was hit in the face by an egg at the annual Agriculture fair in Paris in 2017.

There’s no French expression for throwing an egg in someone’s face (yet).

If you are feeling a bit low and need a giggle, here’s a video Brut compiled of politicians being respectively entartés and enfarinés.