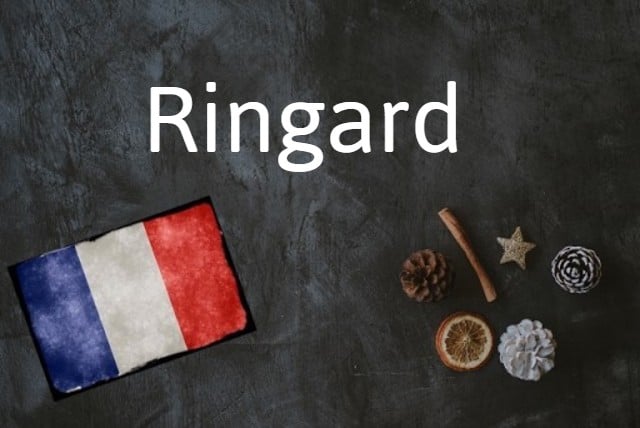 Why do I need to know ringard?

It's a fairly damming criticism, but one that we reckon is unlikely to be used on any readers of The Local, who are in general a pretty cool bunch.

It means uncool, lame, out-of-date, cheesy, corny or naff, basically anything that is deemed not up-to-the-minute enough by the speaker (which is of course a very subjective judgement.

So someone – who is clearly wrong – might say Ben, l'eurovision est trop ringard – Oh, Eurovision is so corny

On nous dit qu'être féministe c'est ringard, passé de mode, mais il n'a jamais été aussi important – Some people say that being a feminist is lame and old-fashioned, but it has never been more important

You can use it for an uncool person as well as a thing.

You can also use the word ringardisé to describe something uncool or old-fashioned, and the word is sometimes also used to imply that something is obsolete.

Loin d'être ringardisé par le AI, la direction informatique a la possibilité de contribuer de manière encore plus directe qu'auparavant à la réussite de l'entrepri – Far from being rendered obsolete by AI, the IT department has more opportunities than ever to contribute to the success of the business.

If you want an easier option for calling someone or something uncool you can just use pas cool  – the English word 'cool' is widely used in France and in fact throwing this and a few other random English words into everyday conversation is often considered pretty, well, cool.