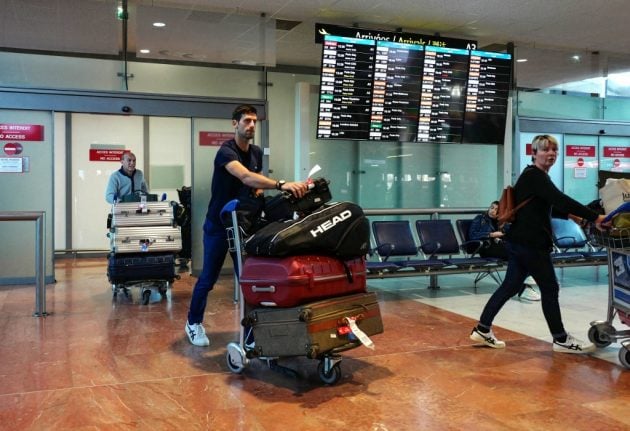 Airlines said they expected the strike movement to cause some delays and cancellations to their schedules on Thursday. Photo: AFP

Unions have declared Thursday a 'day of protest' and although the disruption is nothing like as severe as when the strikes began in early December, some services are affected both in the air and on the railways.

Here is what the situation looked like on Thursday morning.

Ryanair confirmed on Thursday morning that it has cancelled several flights, and that customers concerned were informed via SMS and email. Anyone who has not received a message from the company could expect its flight to run as scheduled, the company wrote on its website Thursday morning.

Easyjet also said it “expected delays” and asked all customers to check their flight status on the Easyjet app or its website.

In general, rail lines operated mostly as usual on Thursday.

National rail operator SNCF said traffic would run as normal all day, both on the high speed TGV and the budget Ouigo trains. The Intercité routes operated as usual.

In Paris the RATP services are largely running as normal, although some Metro lines are running slightly fewer services. Lines 2, 4, 5 and 12 are affected.

The number of rail workers participating in the strike movement has dwindled since early January. French strikers are not paid during strikes and many workers received empty payslips in January after having participated in the movement since the strikes began December 5th.

In Paris, a protest led by worker’s unions CGT, Force Ouvrière, Solidaires and teacher’s union FSU will leave from the Montparnasse train station (south of the Seine riverbank) for Place d’Italie (southeast) at 1.30 pm.

This is the route planned: The strike movement also affected the opening hours of the Versailles Estate.