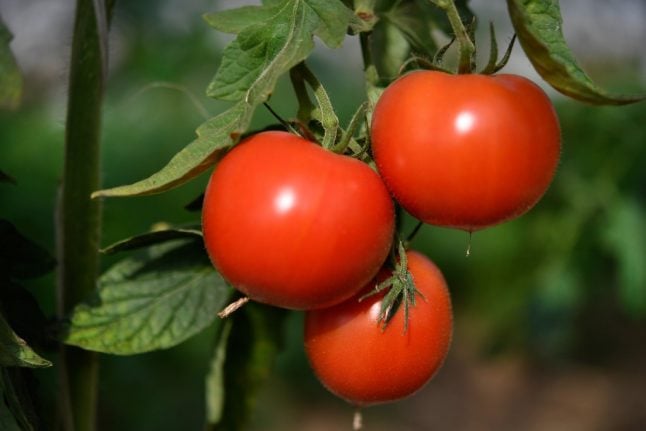 The tomato brown rugose fruit virus leads to discoloured rough patches on the fruit that makes it unsellable. Photo: AFP

“We have received the results of the samples, and they have been contaminated by the virus,” the ministry said.

A farm in the north west Finistère département had been isolated and greenhouses full of tomatoes would be destroyed, as there is no known treatment for the virus.

The tomato brown rugose fruit virus, known as ToBRFV, leads to rough discoloured patches on the fruit that render it unsellable.

Officials warned earlier that its spread would have “major economic consequences” for farmers.

The virus, which is not harmful to humans, was first reported in 2014 at greenhouses in Israel before it spread to Europe and America.

Growers in Spain and Italy – the EU's biggest tomato producers – have been affected, as have some in the US and Mexico, and Britain announced its first cases last July.

Germany managed to eradicate an outbreak in several greenhouses by ripping out the plants and destroying them, and then treating the soil with disinfectants.

France promised in early February to carry out hundreds of checks on plants and seeds, on top of regular inspections.