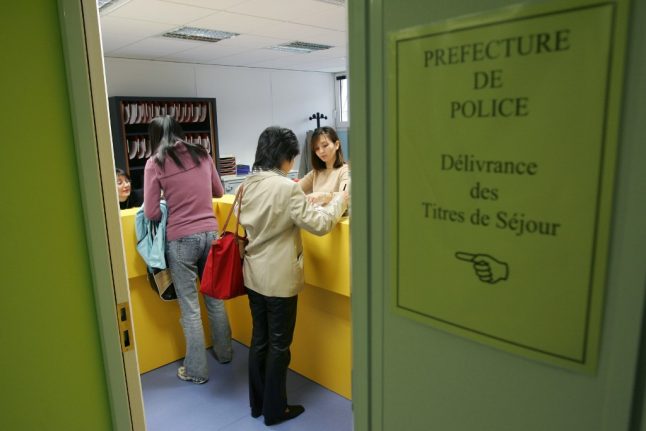 Ever since we began providing information to British people in France over three years ago, the most frequently asked question has been 'how do I apply for a carte de séjour', and our website pages on that subject have been consulted hundreds of thousands of times.

We're in a period of transition in more ways than one right now: the old system for applying for a carte de séjour is no more, but the new one isn't yet up and running.

TELL US Have your experienced problems with French authorities since Brexit?

Every British citizen living in France will have to apply for a new residence status and a new carte de séjour under the Withdrawal Agreement, and there will be a new online application platform, though full details of the process haven't yet been made public by the French government.

But everybody hates a vacuum, so in this article I’ll bring you up to date with what we know so far about how things will work under the new system so that you can begin to prepare for what's to come. The information here is taken both from the text of the Withdrawal Agreement itself, and from the French government. Remember that the Withdrawal Agreement is binding and France must follow it.

Will I need to apply for a carte de séjour?

France will be applying a constitutive system for registration under the Withdrawal Agreement. This means that – as with settled status for EU nationals in the UK – everyone will have to apply for a new status instead of it being granted automatically to those who meet the conditions.

All British residents will have to apply for this new status, and for the carte de séjour which evidences it, as a condition of continuing to live in France – no exceptions! This includes all those who already hold a carte de séjour (see below).

This will be a special carte de séjour, issued under Article 18(1) of the Withdrawal Agreement, which will prove that you have a right of residence under that agreement. It will carry the mention 'accord de retrait' and will be invaluable for travel, work and other purposes.​

READ ALSO The Withdrawal Agreement – what is it and does it concern me?

What conditions will I have to meet to qualify for a new card?

This means that unless you already hold a CdS permanent (see below) you'll have to apply under one of four categories – employed/self-employed, student, retired or otherwise non-economically active, or a family member of someone meeting the conditions under one of these categories.

How will the system work, and how will I get my new card?

Obviously with over 150,000 cards to issue this will be a major operation for France and its préfectures. The Ministry of the Interior will be introducing a new online application platform (similar to that piloted for a no deal scenario). The platform is due to go live at the beginning of July 2020.

Under this new platform applications will be made via an online form, and documents must be uploaded at the same time. Applications are then forwarded to individual préfectures for processing; once the form is received and processed, you'll be offered an appointment for fingerprinting and verification of your passport. Your new carte de séjour will then be sent by post – meaning that only one visit to the préfecture is needed.

If you have already made an application for a carte de séjour either on the new online portal or at your local préfecture, we've been advised that this will remain 'in the system' pending the start of the new application process, and that you won't be asked to reapply.

If you haven't yet made an application for a carte de séjour, you should now hold fire until the new online platform is available in July 2020.

Although we know what the Withdrawal Agreement says about documentation, there are some important things that we don't yet know.

We don't yet know precisely which documents the French authorities will ask for in different situations to prove our rights to residence.

Here's what the Withdrawal Agreement says:

These are broadly the same things that have been asked for over previous years, when we have applied for a CdS as an EU citizen. We do know, though that France loves la paperasse and has always asked for more proofs than some other countries.

Under its no-deal legislation, simplification was planned and we hope to see this carried forward into the new system, especially as the Withdrawal Agreement specifies this.

The old and thorny question of sufficient resources

We also don't know what guideline figures will be used in France to determine whether someone has 'sufficient resources'.

If you're not economically active (whether you're retired or not) the need to prove that you're 'self-sufficient' – that your resources are enough to live on without being deemed to be a burden or potential burden on the state – has been for many people one of the most worrying parts of applying for a carte de séjour. In this section we revisit what it all means and what we're hoping to see under the Withdrawal Agreement.

What does current legislation say about 'sufficient resources'?

The EU Directive 2004/38/EC, which covers residency rights for EU citizens, says that 'the adequacy of your income will be determined taking into account your personal situation' and that countries should not simply apply the same fixed income thresholds to everyone.

Most countries though have income guidelines, and France is no exception: the official government website quotes an income level equivalent to RSA (or to ASPA for over 65s, which is higher than RSA). RSA and ASPA are top-up benefits for those on low incomes.

If your income is higher than these figures, you will automatically be considered to have 'sufficient resources'.

However,  Article 8(4) of the Directive prohibits Member States from laying down a fixed amount to be regarded as 'sufficient resources', either directly or indirectly, below which the right of residence can be automatically refused (see this guidance from the European Commission).

The EU Directive is transposed into French law by CESEDA (Code de l'entrée et du séjour des étrangers et du droit d'asile). Article R121-4 states that 'the sufficiency of resources is assessed taking into account the personal situation of the applicant' and that 'in no case can the amount required be higher than the level of RSA / ASPA'.

All of this means that préfectures cannot systematically refuse a carte de séjour to everyone whose income is below the guideline figures – they should assess every case individually and should also take into account whether you own your own home or live rent free.

However, we know from our experience of the last four years that these things are not always done.

Brexit and the guideline figures

France's 'no deal' legislation – the ordonnance and the decree (both now defunct as the Withdrawal Agreement is in place) – prescribed that the RSA guideline figures should be applied across the board to everyone, whatever their age. This was good news for those over 65 as the ASPA rates that were applied to us as EU citizens are considerably higher, meaning that more people struggled to meet them.

However, we don't yet have any confirmation whether this will also happen under the Withdrawal Agreement. So at this point we can't tell you which guideline figures the French government will be using.

We have made the point that people should not be worse off under the Withdrawal Agreement than they would have been in a no-deal scenario. But for now we, like you, wait for an update.

We also have no confirmation as to how savings will be assessed in looking at whether you meet the self-sufficiency condition.

We are in regular touch with the Ministry of the Interior and with the British Embassy and we'll update you as new information comes in.

You can also find the information in this article on the France Rights website.

Kalba Meadows works with British in Europe and France Rights, groups working on securing citizens' rights for British people living in the EU. For more information, visit their website.

For more information on drivig, healthcare, travel and pets after Brexit – head to our Preparing for Brexit section.

A Conservative who once worked for the European Commission in Brussels, Stanley Johnson opposed Brexit at first but swung behind the EU departure project following 2016’s narrow referendum vote that was championed by his son.

The elder Johnson’s ties to France are through his French mother, and he speaks the language.

The 81-year-old filed his citizenship application at the French consulate in London in November last year, with a six-month deadline for the justice ministry to object elapsing on Wednesday.

“Based on the facts in his application, and without a refusal by the justice minister, Mr Stanley Johnson acquired French nationality on May 18 2022,” the ministry told AFP.

“This decision concerns only Mr Stanley Johnson and does not extend to his descendants,” it added.

The most common ways of acquiring French nationality are through residency in the country or marriage to a French citizen.

However it is possible to become French through family connections, although France accepts only a French parent – not a grandparent like Ireland or a great-grandparent like Italy – in these types of application.

French law normally prevents children of its citizens from claiming nationality if their family has been abroad for more than 50 years without making use of their rights.

But their applications can still be considered if they can prove “concrete ties of a cultural, professional, economic or family nature” with France — a clause Stanley invoked in his application.

“I’ll always be European, that’s for sure,” Stanley Johnson told RTL radio in French in a December 2020 interview.

He had come under fire at home for his plans, announced at the same time most Britons were losing the right to travel freely across the European Union as a post-Brexit “transition period” ended.

“It’s not a question of becoming French. If I understand correctly I am French! My mother was born in France, her mother was completely French as was her grandfather,” Stanley said.

“For me it’s a question of obtaining what I already have and I am very happy about that,” he added.

Around 3,100 British people acquired French nationality in 2020, according to the latest figures available from EU statistics agency Eurostat, making France the second most popular choice for acquiring European citizenship, after Germany.

Stanley Johnson has become a public figure in Britain following his son’s political rise, appearing on a celebrity reality TV show in 2017 and appearing regularly in the media.

His ex-wife Charlotte Fawcett — Boris’s mother — told a biographer recently that Stanley had beaten her many times, breaking her nose on one occasion.

Last year two women, a Conservative MP and a journalist, accused him of groping or touching them inappropriately.