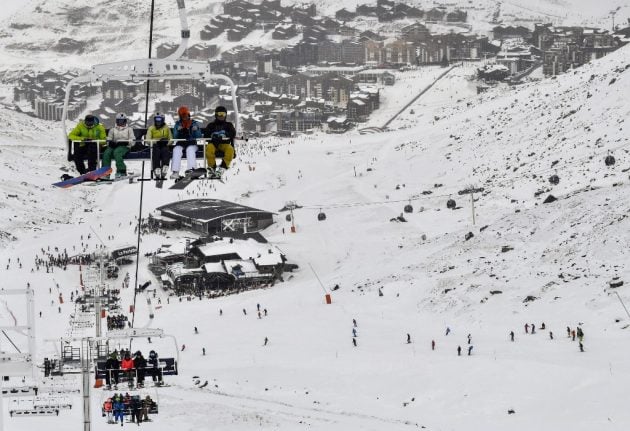 Ski lift operators will be striking in around 50 French resorts. Photo: AFP

Two unions are calling for strike action from Saturday, February 15th in a protest over changes to the French unemployment system which they say unfairly impact upon seasonal workers.

The strike was initially planned as a one-day strike on Saturday, but French media are reporting that one of the unions concerned – FO – has decided to extend it to an indefinite action following the breakdown of talks with the government.

FO spokesman Eric Becker told LCI: “The start of the strike is set for Saturday morning from 8.30 am. It's a renewable strike, the notices that have been given are for an unlimited period of time.”

Ski resorts are heavily dependent on seasonal staff and the FO and CGT unions say these type of workers will lose hundreds of euros a month during the 'off season' under the new system.

Around 50 ski resorts in the Alps, Pyrenees and Jura mountains will be affected by the walk-outs.

READ ALSO The French phrases you will need during a strike The action will largely be concentrated on ski lifts, which unions say are expected to be disrupted for between two and three hours per day.

There will also be rallies and leaflets handed out.

It is expected that between a third and a quarter of ski lift staff will walk off the job, while others will be wearing 'on strike' armbands but will still be working.

A spokesman for the CGT said: “We are trying to raise awareness among tourists and not to disrupt their holidays”.

These are the resorts affected;