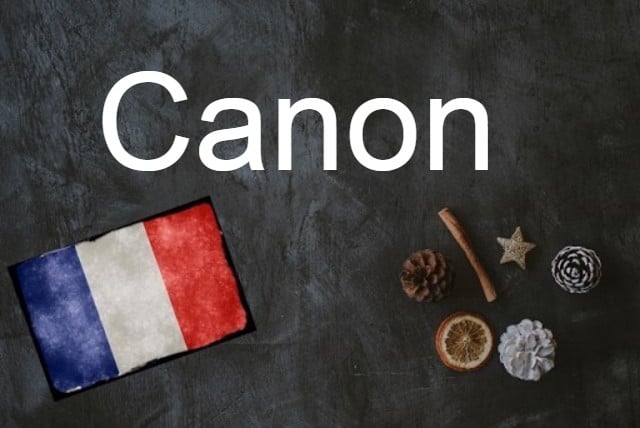 Photo: Annie Spratt/Unsplash/Nicolas Raymond
Why do I need to know canon?
Someone might call you this and, if you’re feeling amorous, you might want to say it about other people. In other words, it's a perfect word for the festival of love.
What does canon mean?
As a noun, the translation of the word canon is obvious – it means ‘cannon’ as in the large, heavy type of gun.
But in colloquial French this word is often used as an adjective to compliment somebody.
Telling someone that they are canon means that you think they are ‘hot,’ ‘good looking’ or ‘gorgeous.’
Some think using the word canon to describe someone's physical appearance in this way came about as a contraction of the phrase un canon de la beauté, or ‘a canon of beauty’, with canon in this sense meaning ‘ideal’ or ‘gold standard.’
As this word is informal in everyday French it's often paired with the equally informal mec or nana, such as un mec canon – a gorgeous guy – or une nana canon – a gorgeous girl.
You might well hear it used with the verb être (to be), for example, le mec est canon – he’s a hot guy – or je trouve qu’il est canon  – I think he’s hot.
It's also used just with the verb trouver (to find), such as je le trouve canon – I think he’s hot.
Finally, you might also hear canon used with un before it. Anyone wishing to take a more direct approach could try t’es un vrai canon – you are really hot.
How can I use canon?
Je ne suis pas canon, mais je les fais toutes craquer – I’m not good looking, but they all fall for me.
Il est trop canon, ce mec – That guy is so hot.
It's casual rather than respectful and has definite connotations of finding someone sexually attractive, so if you want to tell your mother-in-law that she is looking very pretty in her new blouse, canon would not be the word to use.
For more formal or respectful compliments on someone's appearance, stick to jolie (pretty) élégant (smart) or beau/belle (handsome/beautiful).
READ ALSO: Terms of endearment: Fifteen of the best French phrases for lovers and friends